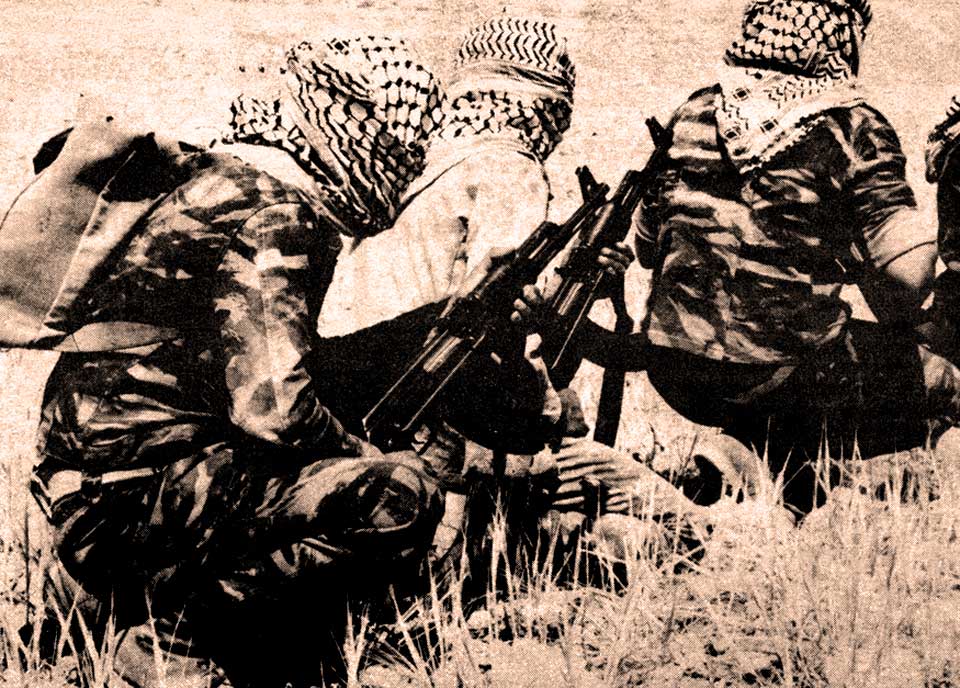 Al Fatah - In all conflicts it takes two to Tango - this is the other side.

Al Fatah – In all conflicts it takes two to Tango – this was the other side for a while.

In looking for as many historic aspects to this current state of conflict as possible, I ran across this rare interview, conducted by historian and journalist Colin Edwards during his frequent travels to Beirut and Damascus around 1968 where he interviewed representatives of two Palestinian underground groups; Al-Fatah and As-Sa’iqa.

While Fatah is not affiliated with Hamas, and has in fact been a bitter rival in the past, Fatah did play a major role in the underground Palestinian movement via it’s affiliation with the PLO and the initial formation of that group in 1959. Early on, Fatah was regarded as a terrorist organization, but renounced terrorism in 1988 and was no longer considered a terrorist organization shortly after. With rumors they have joined in the fight in Gaza, that stance may have changed.

But these were some of the groups so much a part of the early conflict in the Middle East. Although ideologically Hamas’ opposite, Al-Fatah and the PLO were vehemently opposed to a Jewish State in Israel. As-Sa’iqa, more closely aligned with Syria, lost much of its usefulness after the 1993 Oslo Peace Accords and has since drifted into a state of limbo and has been, for the most part inactive.

Both of these groups have had very little to do with Hamas, who grew largely out of an association with the Muslim Brotherhood in Egypt. If anything, Hamas is considered an extremist group having, as many felt, hijacked the political landscape in Gaza by furthering a hardline fundamentalist agenda in the region.

Here are those interviews with two members of Al-Fatah and As-Sa’iqa – they don’t give their real names, so it’s difficult to find out who these two really are. But the message is clear.