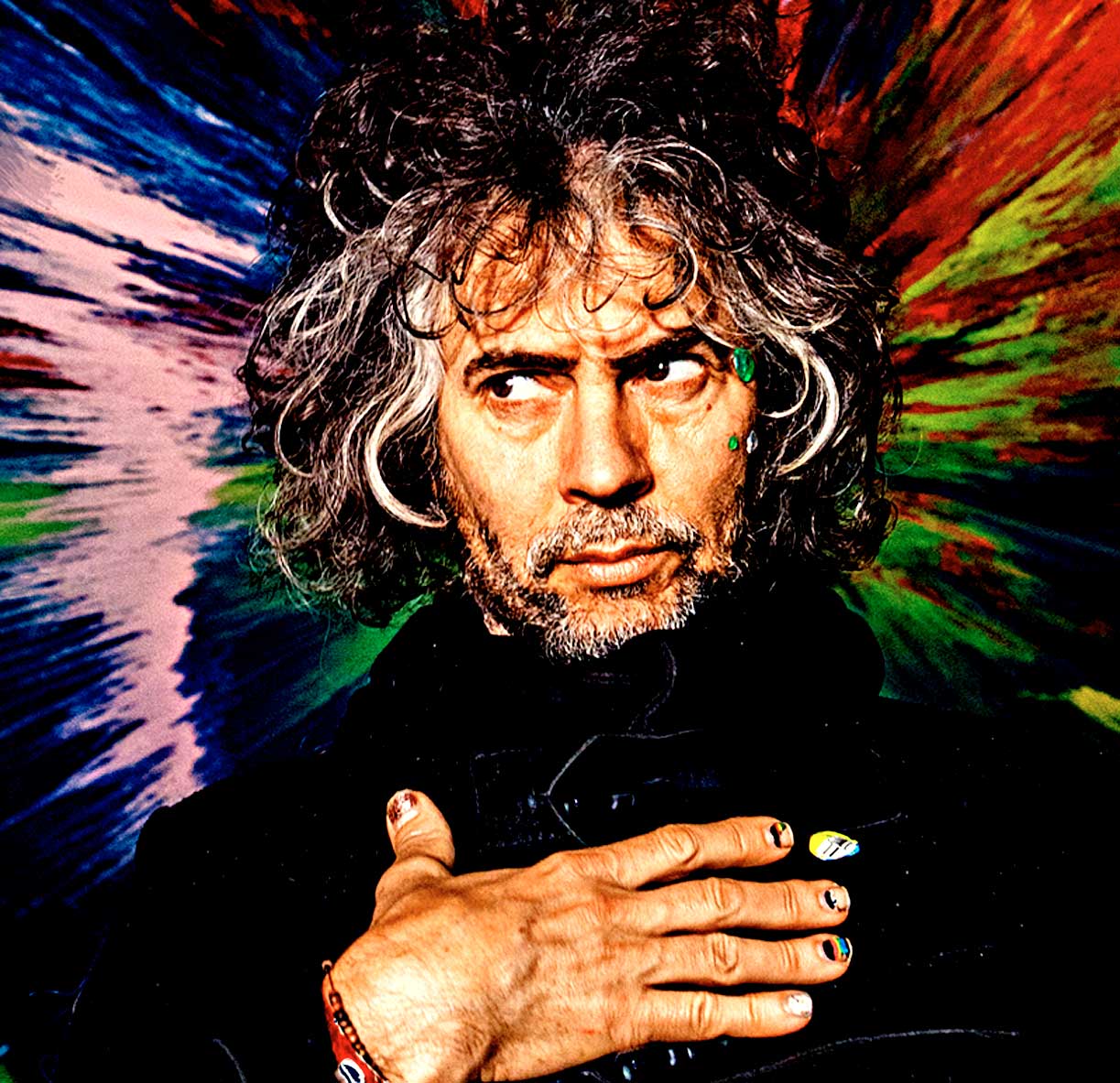 Wayne Coyne of The Flaming Lips - messing minds up, one festival at a time.

Wayne Coyne of The Flaming Lips – messing minds up, one festival at a time.

Flaming Lips, to end this week of Reading Festival 1996 excerpts, recorded by BBC Radio 1 and broadcast via John Peel on August 25, 1996. Needless to say, Wayne Coyne and Company closed out this day of the festival in typical Flaming Lips fashion; outrageous, over-the-top and phantasmagoric. The Oklahoma City Psych-meisters have been blazing trails since 1983, and have been gathering a huge and loyal fanbase ever since.

This concert from 1996, comes in support of their then-latest release, Clouds Taste Metallic, from September 1995, and was one of the last times material from the album was performed live, until 2014. It also signified one of the last performances of guitarist/backing vocalist Ronald Jones before his departure a few months later.

This was still The Flaming Lips before their huge mainstream breakthrough – well before Yoshimi Battles The Giant Robots and long before Do You Realize became the official State Rock Song of Oklahoma. But even during 1996, the band was well on their way to making indelible impressions on the listening public.

If you’re not familiar with The Flaming Lips, I have no idea where you’ve been, but it’s time you catch up. If you remember them during this halcyon period of their careers, by all means, crank this one up.

And while you’re doing that, and getting ready for the weekend, would you mind taking just a few seconds to chip in a few bucks to Past Daily’s Spring Fundraiser? We only do this a couple times a year and it’s a way of getting your support to help us give you all the best and most historic of what we’ve been offering, going on 5 years now. We can’t do it without you, and your support is all Tax Deductible, so you can donate however much you want, and take it off your taxes and we both get to benefit from the love. So – please click on the link in the box below and make your pledge today, so we can keep offering you the absolute best and rarest from the world of History, Popular Culture, news and Music – all day, every day. Will you do that? We would be so grateful.