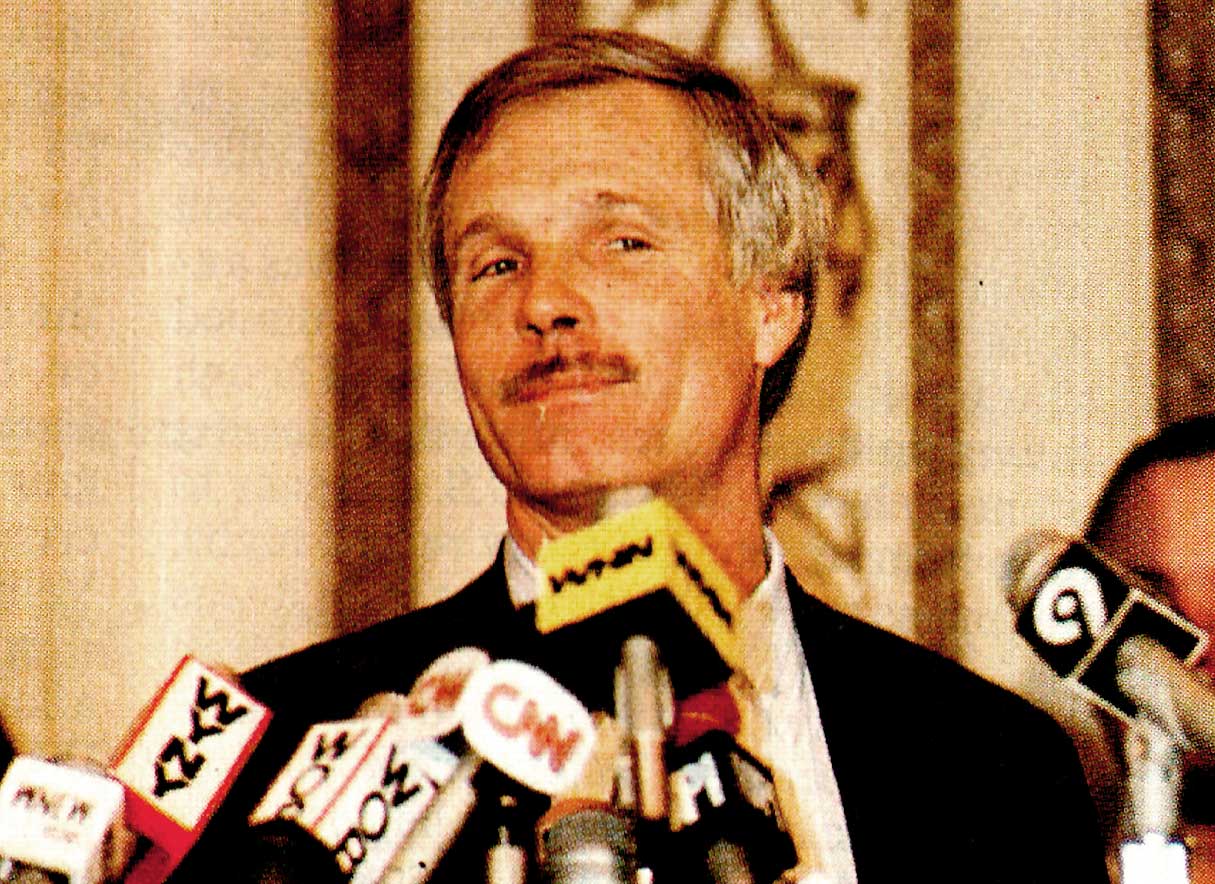 April 18, 1985 – A questionable bid, a withering economy and a political gaffe were the big news items on this day. Self-described King Of Cable, Ted Turner was entering a bold takeover bid to buy media giant CBS for a price in excess of $3 billion. The news was met with a goodly amount of derision and guffaws from Wall Street analysts and stockholders of CBS who said that the offer was flimsy at best, citing Turner with no means of raising that much money and no backers for him to fall back on. In short, there wasn’t a dime of cash in the bid. Turner said he would raise the money by getting rid of the non-broadcast parts of CBS; namely, Columbia Records and CBS Radio. Eyes rolled, but in retrospect, that’s exactly what happened – only not with Turner.

Meanwhile, the economy was heading south quickly, with jobless numbers on the increase and U.S. dollars being spent on foreign goods. The Commerce Department reported the gross national product slumped to a feeble 1.3% in the first quarter, considerably less than the White House forecast of nearly 4% and sharply below the initial report of 2.1%, and the worst performance since the tail-end of the recession in 1982. Economists blamed the slump on a trade imbalance; a strong dollar and cheap overseas goods.

And then there was the matter of the Holocaust and Reagan’s visit to Germany. On this April 18th, it was a day of remembrance for the 6 million Jews who died in Nazi death camps during World War 2. As Jews in Israel and New York observed the day, anger was expressed over President Reagan‘s planned visit to the graves of German war dead in May. The anger was compounded by outrage that Reagan was scheduled to lay a wreath at the cemetery where German SS troops were said to be buried. In Washington, a planned remembrance with Holocaust survivors and former American troops who liberated the death camps was being held, but White House spokesmen said the President had no plans to attend. Instead, President Reagan was scheduled to present holocaust survivor Elie Wiesel with a Congressional Medal of Honor the following day.

And that’s a small portion of the news that went on, this April 18th in 1985 as reported by The CBS World News Roundup.

And while I have you here – can I convince you that making your Tax Deductible contribution to Past Daily, during our Spring Fundraiser really has a lot of positive benefits? Aside from getting the tax write-off, you also have access to one of the largest sound archives in the country – one of the few sites on the Internet who actually post these pieces every day – and one of the few places you can download, study and share the thousands of audio pieces we have and are posting new ones every day? Chip in what you can – a little or a lot – we need anything you can afford. We do this a couple times a year to ask your help in making all this historic audio possible. Your support is vital to us and we need it now more than ever.

So please click on the link in the box below – or click on the Fractured Atlas logo to the right of this page and contribute what you can – we’re here because you’re here and your help is gratefully appreciated.