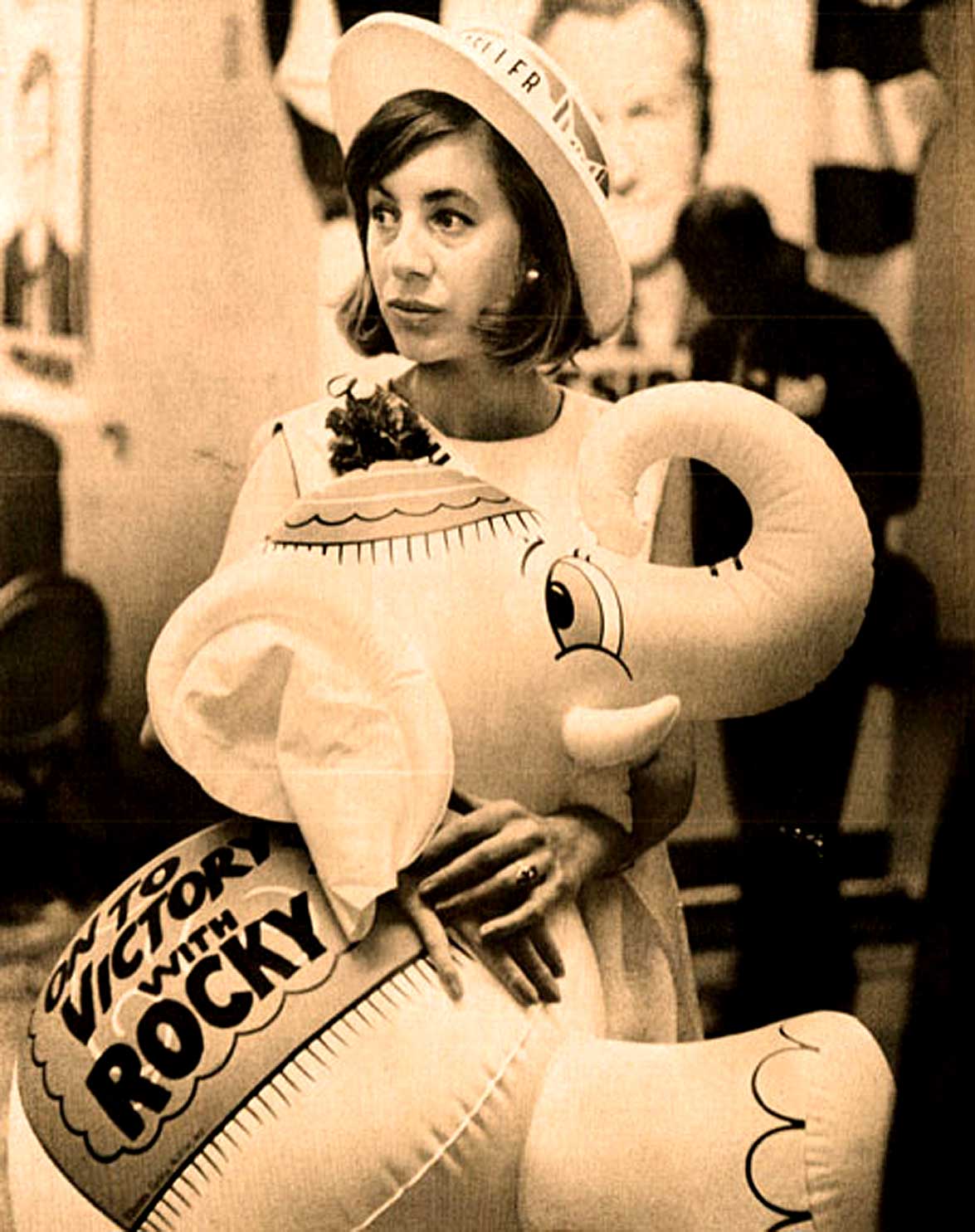 GOP Convention '64: Not everybody was thrilled with the outcome.

GOP Convention ’64: Not everybody was thrilled with the outcome.

The GOP Convention of 1964 – On July 17th, it was the morning after. The sobering assessment of what had gone on days earlier was starting to sink in. The Party of Lincoln just became the Party of Goldwater and it was suddenly the end of an era. The Moderates of the party were at a loss for words over this turn of events. The Liberal wing of the GOP (yes, there was one up until 52 years ago) was now a thing of the past. It had been replaced by the staunch and fearful rhetoric of Barry Goldwater – the backlash to the Civil Rights Movement and what was perceived by some to be an irreversible trend towards Communism. Goldwater stoked those fears and pledged to return America to its former “greatness” – the New Conservatism was in stark contrast to what the party represented, even 8 years earlier. It was an angry party and it spread angry ideas. It played on fears and fomented distrusts.

And while most of the convention goers were busy sleeping off hangovers or packing up and going home, the assessments and the reflections came pouring in.

This episode of The Today Show was broadcast from San Francisco, and because of the time difference and because it was live, the broadcast starts at 4:00 am Pacific time – hardly the hour to broadcast from a convention winding down, where many of the delegates haven’t been to sleep yet. But it was live TV at the time and maybe that was a good thing, because some of the comments are unguarded, possibly owing to lack of sleep or fog of hangover.

Whatever it was, the dramatic look at events of the previous week were now under scrutiny, as now it was time for party unity, however that was going to happen. It was putting the best face on a questionable situation and the angry and disenfranchised of the party were now having their day in the sun.

Here is that episode of the Today Show, a distillation of the original 2-hour broadcast, as it was originally heard on July 17, 1964.