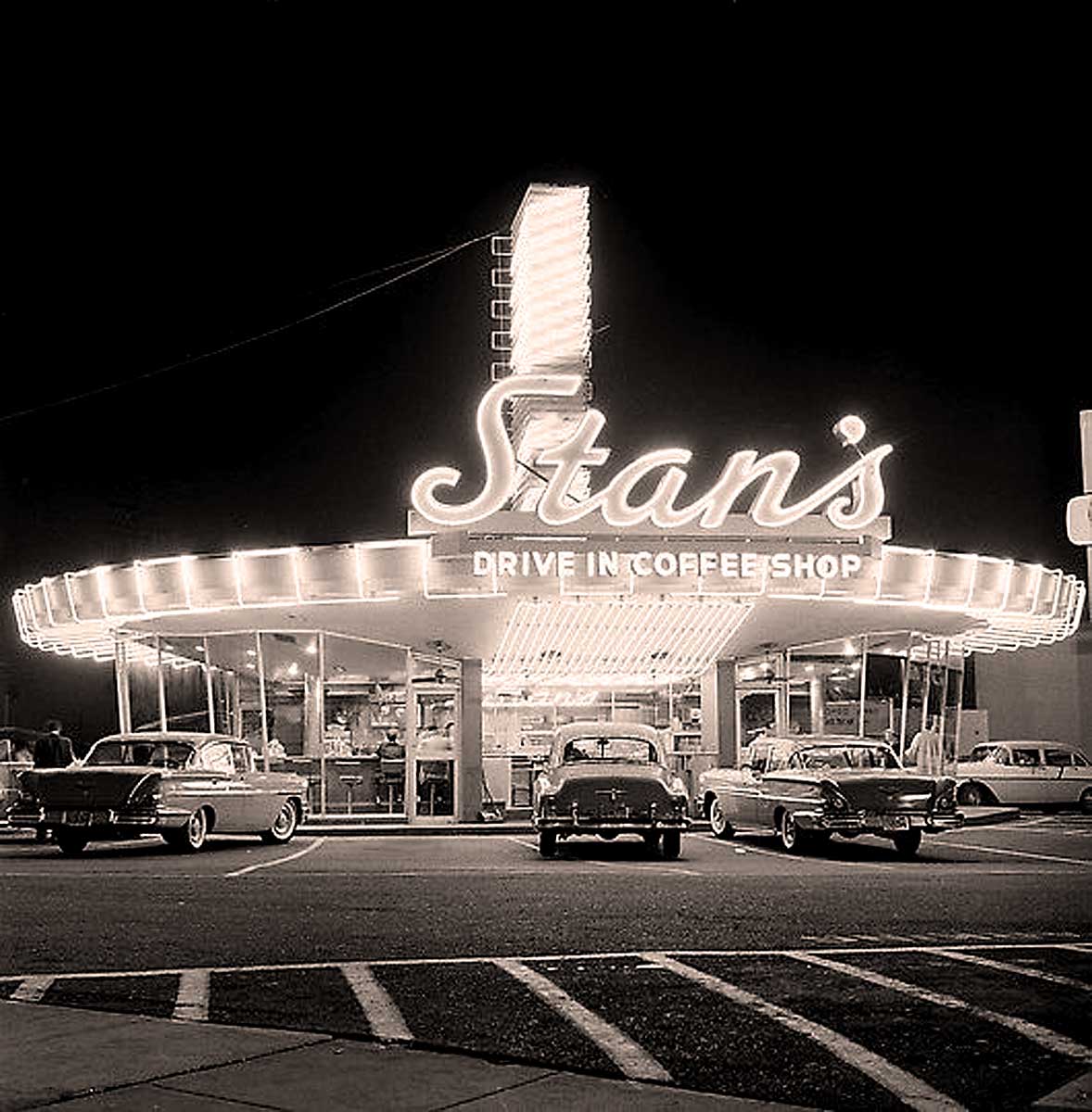 KMET, one of the most popular FM stations in Los Angeles decided to dive back in time for one day in November of 1972. Seems odd, and it seemed odd at the time. But then, the early 1970s saw a desire to look back; nostalgia for what was perceived to be a simpler time. The 60s ended on a sour note and the 70s began with pessimism; with demonstrations and killings and a President most people claimed not to have voted for, but managed to win re-election only a month earlier.

And so the 1950s were being given a long-wistful glance and sigh. Rock music of the 50s had staged a resurgence. Tribute bands to the era were popping up and record companies were reissuing popular albums of the period to capitalize on it. And so, KMET decided it would be a great idea to turn the clock back at the station, for one 24 hour day. KMET in 1972 became KFWB in 1958, the year KFWB became a rock station – Full-Color Radio, rapid-fire disc jockeys and a format of wall-to-wall music aimed directly at the rapidly growing teenage population.

So they assembled as many of the original disc jockeys as were still around, and re-created the sound and the music of a typical day at KFWB as faithfully as was humanly possible. But because it was still 1972, there were certain elements which could not change – the call letters, the news and the ads, which of themselves are an interesting glimpse into the world of 1972; Waterbeds, Deep Throat and Licorice Pizza; things that weren’t around in 1958, but in retrospect became reminders that you really can’t go back – not all the way back, anyway.

This is the first hour; midnight to one a.m. of KFWB at KMET – it would be impossible to put all 24 hours up at one time, but I will over the coming weeks. Here, for the moment, is a taste of what L.A. was listening to; one day in 1972 when it woke up to find itself in stumbling around in 1958 – this was the music and the sound that was so much a part of L.A. in the 1950s.