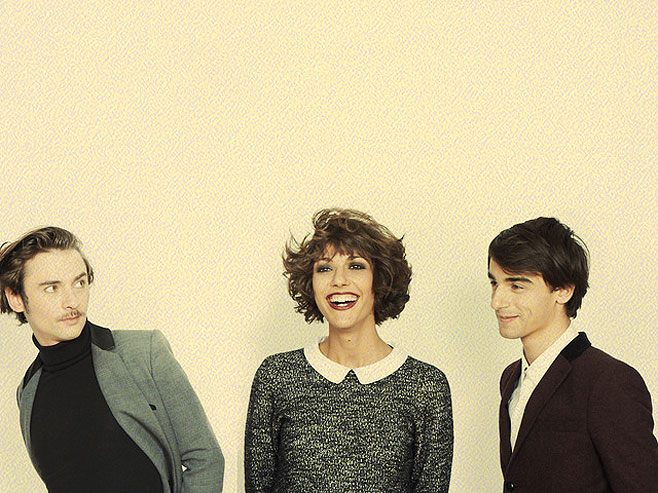 We Were Evergreen – Live At Way Out West – 2012 – Nights At The Roundtable: Mini-Concert/Rock Without Borders Edition

We Were Evergreen – infectious and exotic – but in a fun sort of way.

Click on the link here for Audio Player: We Were Evergreen – Way Out West Festival 2012

We Were Evergreen are one of those bands who have managed, without too much trouble, to get straight under my skin and stay there – and I mean that in a good way. Billed as a Parisian Alternative/Indie-Electro-pop Trio, consisting of Michael Liot, Fabienne Dèbarre and William Serfass, they are now based in London and have only been together since 2008. Their music is admittedly quirky; reminiscent to me (just slightly) of Dan Hicks and His Hot Licks (those of you of a certain age will know), but their quirkiness isn’t forced, it is part of their charm and what makes them so engaging.

In the short amount of time they’ve been together, they’ve gotten a lot of attention and have been supporting some heavy-hitting acts the past year. They have 3 eps out – two released in 2010 and one released earlier this year.

They are now (as of February) recording their first full-length album and will no doubt be hitting the road again as soon as the album is finished.

Tonight, it’s a live concert they did last year at the Way Out West Festival in Holland. Recorded, as always by the VPRO Pop Radio outlet in The  Netherlands. It’s a little under an hour and the crowd, like me, find their music infectious and are happily letting it get under their skin.

More from them soon – I’m sure.