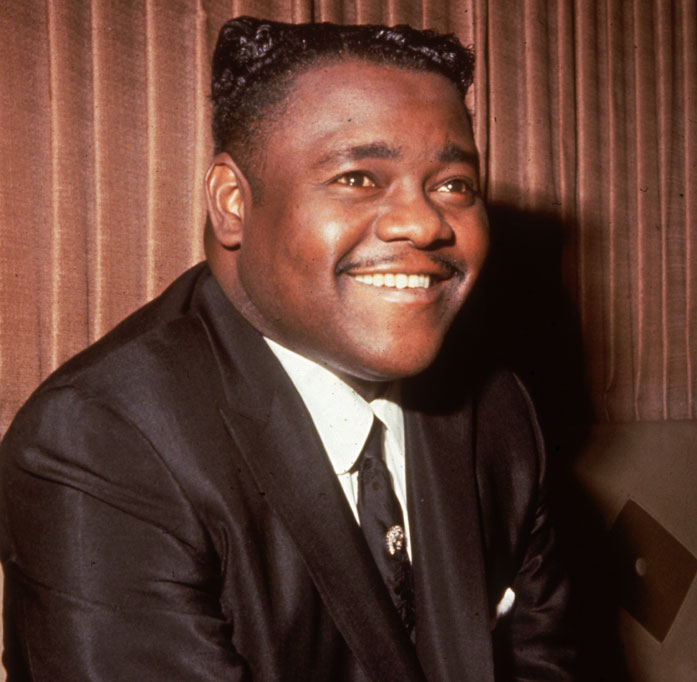 Fats Domino - if Rock were Royalty he'd be a King.

Fats Domino – if Rock were Royalty he’d be a King.

I originally ran this story in 2013, when the legendary Fats Domino turned 85. Today, with the sad news of his passing, it’s not only a reminder of the giant we lost, but to also give those of you who may not know who he is, who this influential figure in the early days of Rock n’ Roll was. It would be safe to say that Fats Domino was part of a wave of talent which changed the course of Popular music in this country, and the world, forever. So it’s this Documentary, run by the BBC several years ago, that serves as a tribute and a remembrance of one of the essential figures in our Music History.

It occurred to me that the legendary Fats Domino turned 85 this year, in February. And as he has been such a pivotal part of the New Orleans music scene for so long, it’s only natural to run this documentary (produced by the BBC in 1998 on the occasion of his 70th birthday) on the life of Fats Domino as a way of introducing those of you who may not be all that familiar with him (hard to imagine . . I know, but . . .).

Even at an hour, it’s too short to really give him justice, but there are some nice interview portions with some of the major forces of the time and some wonderful history you may not be all that familiar with. And as always, it’s one of those BBC productions we’ve come to expect; long on information and non-existent on fluff – perfect Pop Chronicles stuff.

A lot of artists who are legendary in todays music scene, particularly in New Orleans  have much to be grateful to him for. You’ll quickly hear why.