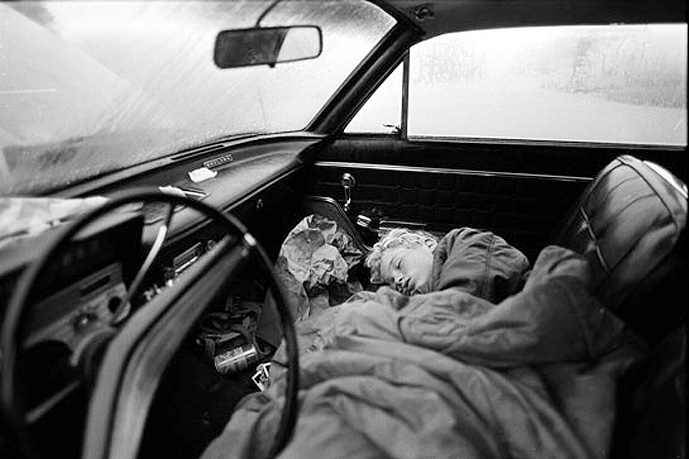 At least the car's paid for.

At least the car’s paid for.

Nothing new with the realization that the Credit industry is the second oldest profession on our planet. Offering the chance to get something you can’t afford has been with us since we became a consumer-oriented society.

But in 1966 the Credit Industry was getting dangerously out of hand. The simple reason was, the economy was actually doing quite well and it was time the people who could least afford it became convinced consumer spending was their right and obligation. Because our economy has always been driven by our ability to buy things; goods and services whether we can afford them or not. It is seen by many as being good for the health of the country. It also brings out all kinds of greed in the process. Greed to possess things and the greed from making money off those desires to possess those things.

And so the relentless pressure is on – buy things even if you can’t afford them, you can always pay back later.

And that’s where the shamelessness of the Credit companies and banks come in.

But rather than the wizened elder who cautions you against gambling beyond your means, the Creditors instead persuade the consumer that, like every good dope dealer, more is better and being in debt is actually a good thing because . . .you’re good for it and you’re good for the economy.

That is, until you find yourself dug into a hole you can’t get out of.

And then the Creditor suddenly morphs into someone suspiciously resembling your friendly dope dealer-turned street thug and the reign of terror beings. And all that stuff you were pressured into buying earlier is either broken out or out-of-date by now and you’re still stuck with an enormous bill you may possibly pay-off by the next lifetime.

But you’re still good for the economy, even as you slip further and further into a poverty you can’t escape.

It’s no small wonder the Credit Industry has been responsible for more misery and sleepless/homeless nights than any other heinous act on our society. It is the one that is sanctioned in just about every facet of our daily lives – it is always with us and always will be.

However, in 1966 it was all pretty new and uncharted territory – this credit crisis. Credit Cards were becoming commonplace, where only ten years earlier they didn’t really exist except for one; The Diners Club. People were in debt far more than ever before and bankruptcies were on the rise at an alarming rate. Remember, this was 1966 and even then, almost 50 years ago, there was a lot of hand-wringing and finger-pointing. But in all that time nothing has been substantially done about it, aside from a few legislative band-aids on a Great National Bleed-out. And in fact, the situation has only gotten much-much worse over the years.

We are in deeper debt now than we’ve ever been before. In 1966 it was deemed the worst it’s ever been. Today it is catastrophic and is taking on global proportions.

But you have to remember, this just didn’t happen overnight. If we want to use 1966 as a starting point, we can say the problem has been at crisis level since 47 years ago.

Not a really comforting thought, to say the least. But then in 1966 we didn’t have the Real Estate debacle to deal with, and all the deregulations that were put in place in the 1980s weren’t there, at least not beginning until 1969. We still had a goodly amount of restraint in 1966 – and still the level of poverty created by Credit and Installment debt was staggering at the time.

So this 1966 Documentary, produced by CBS News for their CBS Reports series, attempted to explain the problem and tried to look for a solution. Even in 1966 solving the problem was no easy task. How can you convince someone they can’t have something when all they hear is how they would be better off with it, no matter what the cost?

It’s still that way. And the consequences are, if anything, worse. And if it wasn’t for the greed factor and those pay-day loans  . . . .

Note: apologies for the lousy sound quality. I tried locating a better copy of this, but nothing turned up in my files. Sometimes the message is more important than the messenger.