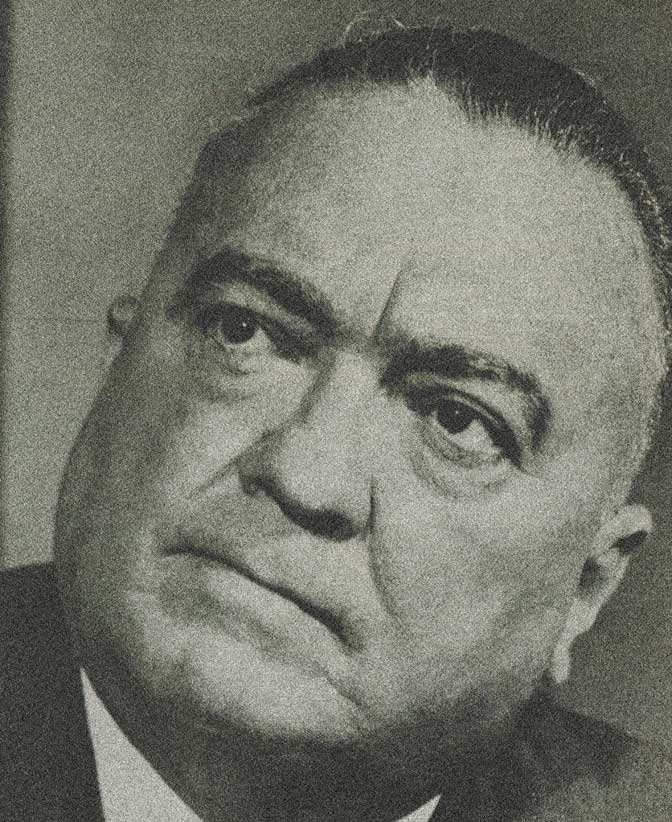 Made us what we are today - paranoid.

Made us what we are today – paranoid.

Long before the days of Internet spying, domestic surveillance and government intrusion on privacy, we had J.Edgar Hoover.

Hoover was the man behind the Federal Bureau of Investigation, and he  made is his domain for forty-eight years.

Staunchly anti-Communist, and one who believed sincerely we were under attack by forces in Moscow bent on subverting the American way of life.

When time came for his retirement, Hoover would have none of it and persuaded President Lyndon Johnson to waive the requirement for retirement at 65 and went on to head the FBI almost up until his death in 1972.

Hoover, as many speculated, used the office of the FBI as a private police force; routinely investigating figures deemed to be dangerous, or just wanting to dig up dirt on political enemies. He held an enormous amount of power over members of Congress and other high figures in government. And it was most likely this form of career-killing blackmail that allowed J. Edgar Hoover to wield the power to the extent he did for as long as he did.

In 1971 NBC Radio, as part of their Second Sunday documentary series, devoted the better part of an hour to looking at the FBI and how it worked.

It’s fascinating listening, particularly in light of revelations about our current system of surveillance and the NSA.

Things just don’t change all that much – they just get different names and different faces in charge.