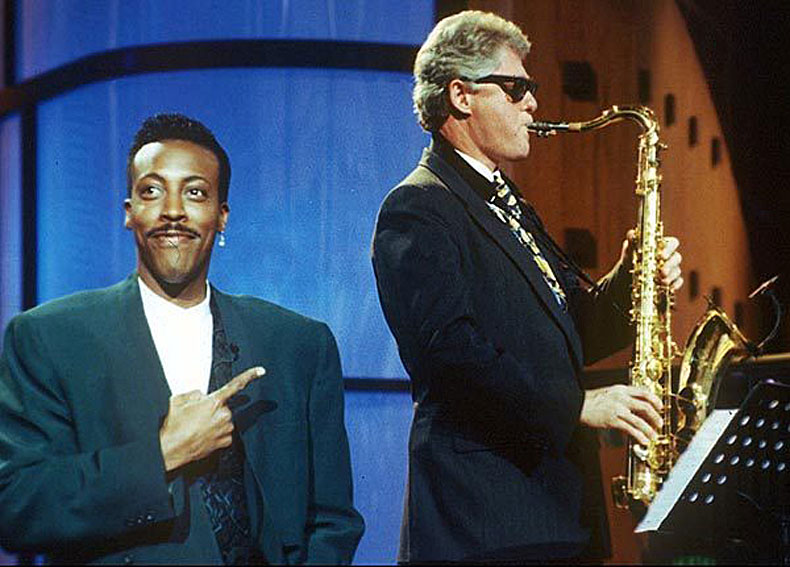 But the prospect of a man with chops in the White House had loads of appeal.

Times Have Passed And Things Have Changed – February 7, 1992

. . .but the prospect of a man with chops in the White House had loads of appeal.

Political season was upon  us, this February 7th in 1992. Incumbent President George Bush (the elder) was touting a plan for Healthcare reform which drew lots of skepticism and sideways glances at the timing. Meanwhile, all indications were Republican voters in New Hampshire, site of the first primaries, continued to jump ship in droves for those pesky Democrats.

But while the “parlor tricks” raged on, other matters of slightly more importance were happening in the world.

The Unemployment figures were discouraging, coming at a little over 9 million Americans and remaining at a 5-year high

CIA Director Robert Gates was reported going on a whirlwind tour of Israel, Egypt and Saudi Arabia with what many thought was bringing the hatchings of a plan to topple the regime of Iraq’s Saddam Hussein. But since no self-respecting provocateur would admit such a thing, aides close to Gates insisted he was merely on an inspection tour of CIA offices.

Meanwhile, in Israel – Prime Minister Itzhak Shamir was reported to have admitted his country no longer felt compelled to follow “every word” of the 1976 Camp David Peace Accords as far as their dealings with the PLO was concerned. Aides to Shamir quickly back-peddled, saying that’s not really/honestly/exactly what he said. Truths to tell; times had passed and things had changed.

And speaking of nuclear – Pakistan finally admitted it was now in the nuclear Bomb business, claiming it now had the technology to produce “at least” one nuclear bomb, even though they promised they wouldn’t explode the bomb or give the technology to another country. Comfy thought.

British Prime Minister John Major called for a summit in Northern Ireland between the political factions in order to half sectarian violence. It would be the first such attempt to put something together in over 60 years, which was good since violence in the violence-torn region claimed 26 lives since the beginning of 1992 – 12 within the first 7 days of February alone.

And that’s a sample of what constituted today in history, for this February 7th in 1992, via the venerable CBS World News Roundup.