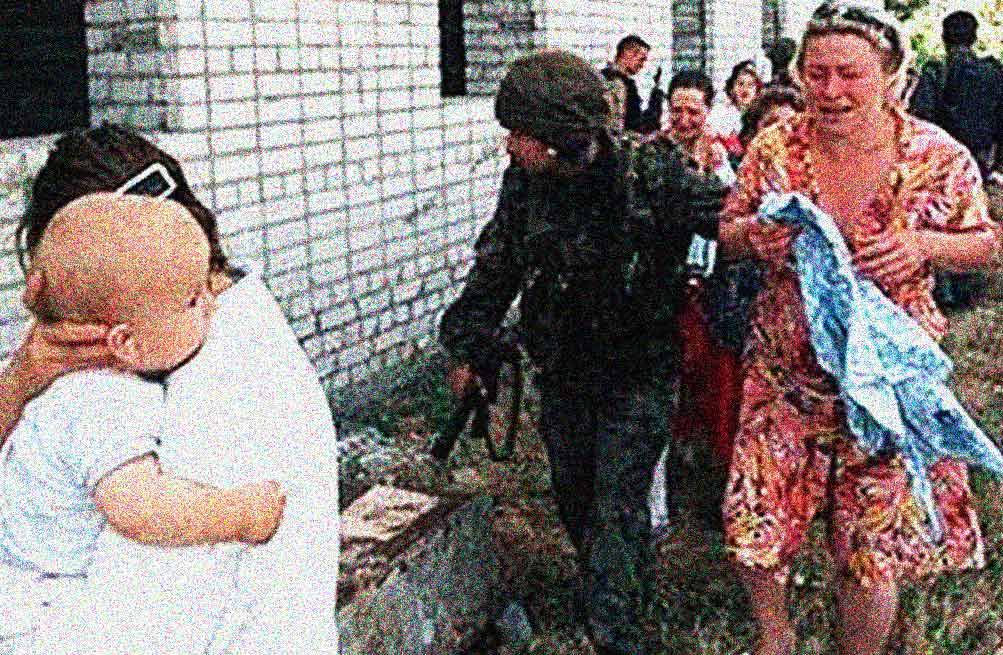 And the ones stuck in the middle are the ones who need it least.

And the ones stuck in the middle are the ones who understand it least.

Another day in history fairly groaning with dismal familiarity, this June 19th in 1995.

The six-day hostage drama at Budyonnovsk Hospital in Southern Russia finally came to an end, with Chechen rebels leaving the site and freeing the several hundred hostages they had taken during the stand-off. The release came as the result of successful talks between Russia’s Prime Minister and Chechen Rebel leaders in Grozny. One crisis was over, but it was far from over politically as the crisis left the Russian public fed-up with President Yeltsin.

And the freed-hostage theme was repeated again in Bosnia as Serbs freed the last of the UN Peacekeepers they were holding. After the peacekeepers were successfully removed, shelling of the Serb town of Pale resumed. Otherwise, it was relatively quiet.

Meanwhile, in the South Pacific; Australia condemned continuing nuclear testing by France in the area.

In Southeast Asia – the most senior official of the Hanoi government, President Le Duc Ahn, was scheduled to visit Washington in October. It was the first time an official from Vietnam visited the U.S. since the Vietnam War.

President Clinton sent a letter to fifty Gay elected officials, apologizing for the behavior of Secret Service agents who wore rubber gloves while admitting them to a recent White House meeting.

The OJ Simpson odyssey entered its 22nd week, awash with tales of spousal abuse from Prosecution, ahead of the Defense presentation of saintly behavior. The circus had no intention of leaving Los Angeles anytime soon.

And that’s how this circus shaped up on the 19th of June in 1995, as viewed by The CBS World News Roundup.