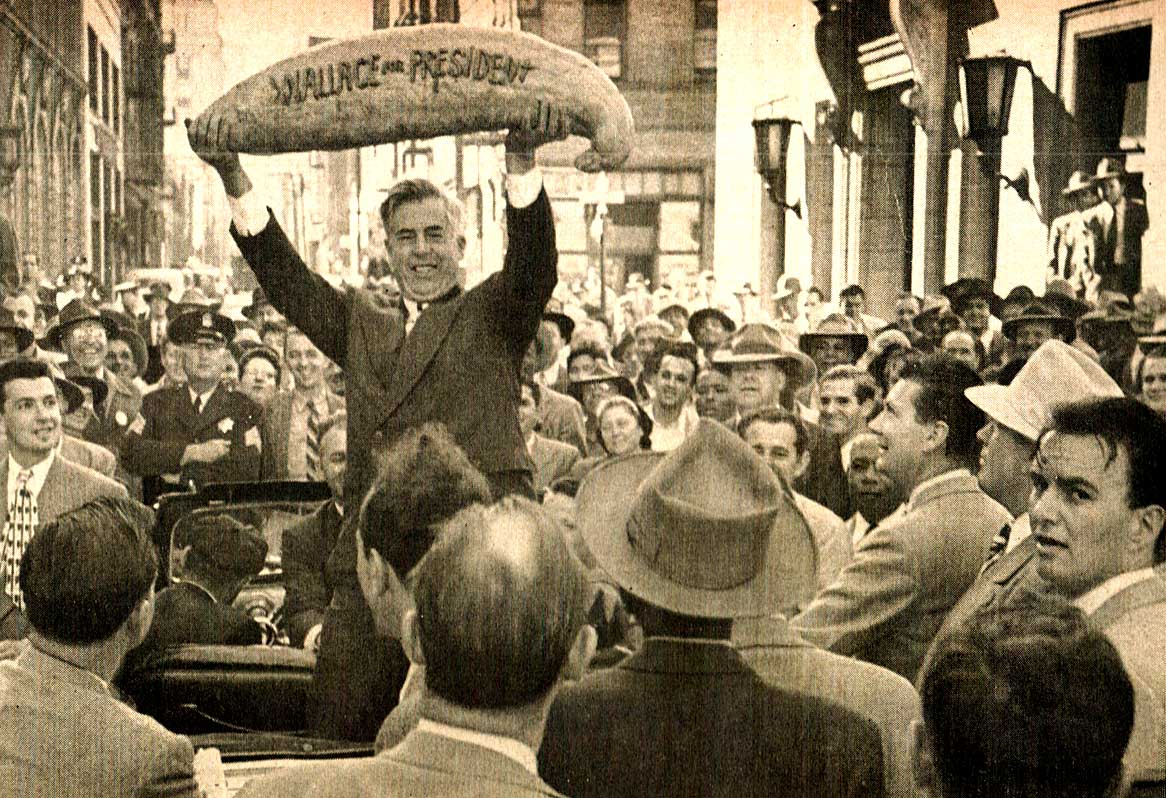 Election 1948 – As Europe Saw It – Past Daily Reference Room

Election 1948 – Henry Wallace Campaigning. Europeans thought we were a funny bunch. Still do.

Election 1948. Certainly not a dull one. Between the duels by the Major Party candidates and the inclusion of Henry Wallace, the Third Party Candidate, who was originally a Democrat, and a New Dealer, as well as Secretary of Agriculture under FDR, it was shaping up to being quite a horserace.

And since the war was over for three years, and reconstruction was going ahead – the Marshall Plan was busy aiding in the rebuilding of Europe and the infrastructure of most devastated cities during the war was being rehabilitated, it was time for Europe to assess what America was all about. And one of the most interesting aspects of American life was the Presidential election – that ritual which takes place every four years, and which also dominates conversation, news and public opinion.

So what was Europe’s take on all this? CBS Radio, as part of its Bureau Of Talks series, ran an essay given by Erik Reger, who was editor of the German newspaper Der Tagesspiegel, who had spent time during the early months of 1948, looking at how the Presidential race was shaping up and how Europeans viewed our system of elections. Erik Reger was the first German journalist to visit the U.S. since before World War 2, and his observations were interesting, if not insightful as to what kind of a country this was.

Then as now, they thought we were doing things a bit strangely – a series of Primaries in various states spread out over months, rather than a series of national elections. The positions of the candidates – the Beauty Contest aspect of the whole thing. And particularly the election process; the campaigning, which in Europe only takes a few weeks, compared to the U.S. which (in 1948) took a few months. Of course, now campaigns seem to begin for the next term after the election for the current term has concluded.

So, to get an idea of just how different electing a Head of State is; here is that talk by Erik Reger from April 15, 1948.