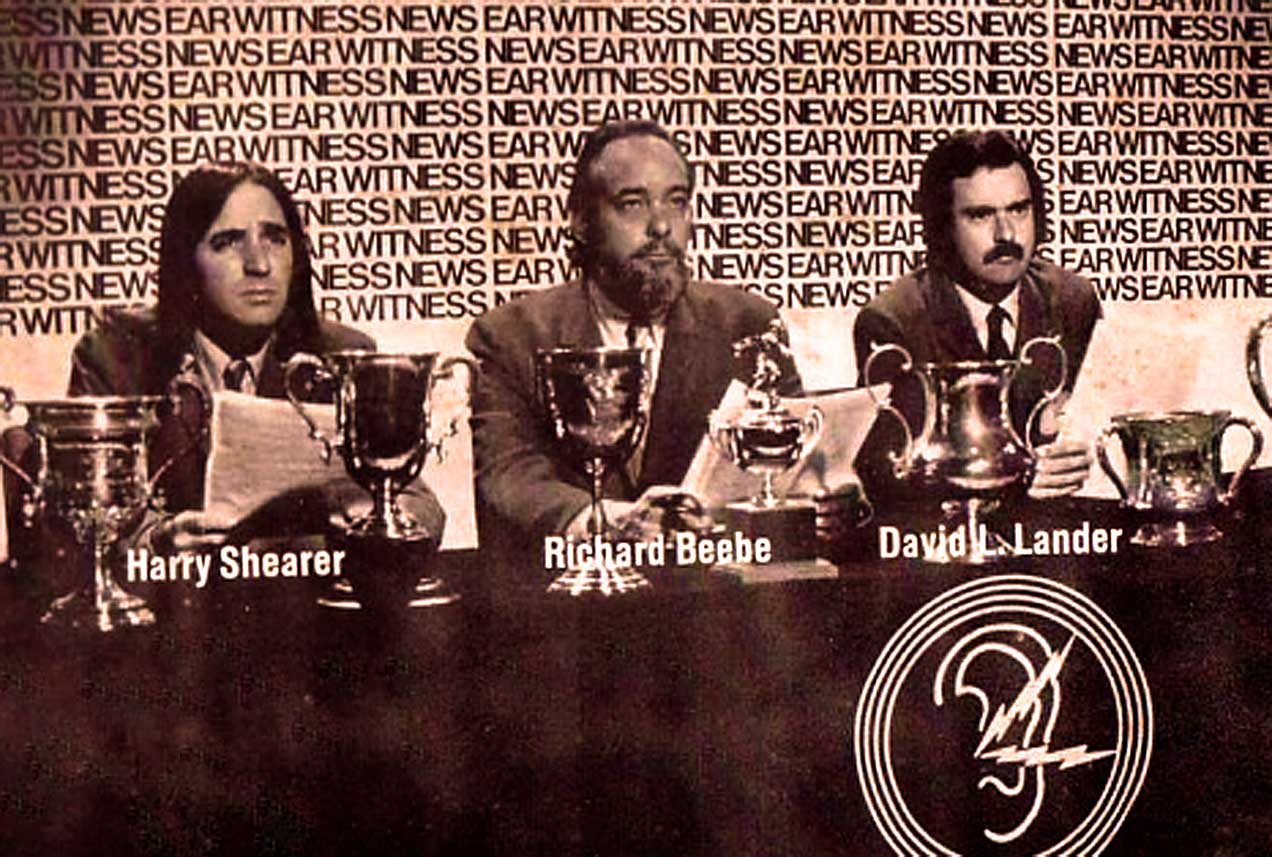 You Live In Los Angeles – It’s January 1971, And The Credibility Gap Are On KPPC . . .For A While, Anyway – Past Daily Pop Chronicles

The Credibility Gap. During that period of the 1960s when topical humor took a definite political, and somewhat drugged-out twist, The Credibility Gap were very much at the forefront. A blend of surreal situational humor, mixed with absurd humor based on headlines of the day, The Credibility Gap initially started life as a daily spoof of news on Top-40 AM station KRLA in Pasadena, around the same time Radio Free Oz (Firesign Theatre) took over weekend nights at the station. Tastes and music and the political atmosphere was changing – the audience was growing up. The kids who were glued to their radios during the British invasion of 1964, and who were diehard fans of KRLA, were now getting older, going to college, getting drafted and generally becoming more aware of what was rapidly becoming a different, and less blissful world. Top-40 was losing ground, and FM was gaining ground as the music and attitudes were inexorably changing.

Ironically, as Pasadena was home to KRLA, it was also home to a small, slightly disused FM station, which broadcast from the basement of the Pasadena Presbyterian Church, hence KPPC-FM. It was located at 106.7 on the FM dial and, since its inception as an underground Rock station in 1967, became one of the founding stations in the revolution to FM by Youth Culture.

As a reminder of how irreverent humor sounded in Los Angeles during those pivotal days of the late 1960s and early 1970s, here is the first broadcast of The Credibility Gap, as it was aired on January 25, 1971 – from that minute on, history was made.

For those of you not that familiar, The Credibility Gap hosted a number of notables later on. And even though the cast changed between the KRLA period and the KPPC period, founder Richard L. Beebe remained throughout. The KPPC version gave us Harry Shearer and soon-to-become Laverne and Shirley regulars David Lander and Michael McKean as the core cast. The rest, as they say, is history.

And while you’re doing that, please chip in what you can during our annual Past Daily Spring Fundraiser – we do this every year to raise enough to keep the website going and continue the preservation and digitizing of these thousands of hours of rare and previously unknown broadcasts, as well as news, Culture, interviews, History and Music – and offer them to you every day, all day long. It takes an enormous amount of time and effort and that’s why we need your help – anything you can chip in would be fantastic and gratefully appreciated – and it’s all Tax Deductible. So there’s a lot of good reasons to help us out and to make this Fundraiser our best yet. We depend on people like you – fans and history buffs and people who just forgot who would like to be reminded again of some of the amazing things that were such a part of our lives. And if you weren’t around the first time, to be turned on to those things which helped make a difference and make a change that are still relevant now. It’s all here, and we’re making it all available. So please, click on the link in the box below to make your pledge and give what you can – it means a lot.