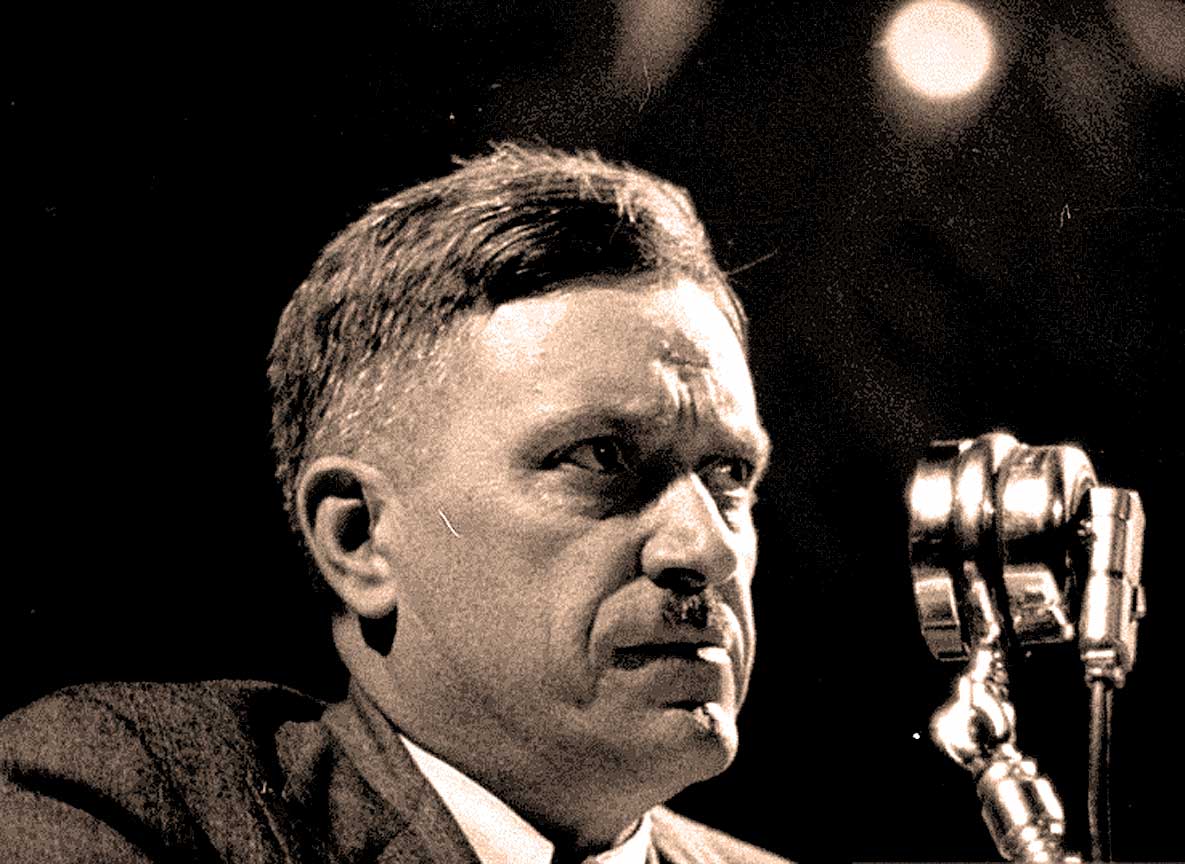 Early Browder - Head of the Communist Party Of America - yes, there was one - even in 1949.

Earl Browder – An American Communist In 1949 – Past Daily Reference Room

Earl Browder – Former head of the Communist Party Of America – yes, there was one – even in 1949.

The irony was, up until it was outlawed, the Communist Party of America was a legitimate political Party, which ran candidates for election – not only in the Presidential races, but also the State and local political races.

Earl Browder was one of the key figures in the Communist movement in the U.S. from the 1930s onward. Never really a popular party, and certainly not one to pose any real threat to the security of America at the time. They were once described by someone at the time as a “bunch of people incapable of operating a mimeograph machine”. But the Communist party was nonetheless the object of repeated investigations and imprisonments of members – an almost continual series of Hearings and subpoenas, and a relentless series of investigations and raids of offices and homes of principle members.

And despite it being a legal political party (until it wasn’t), it was still under almost constant surveillance by the FBI.

In this interview from Meet The Press, Earl Browder, recently voted out as head of the Party, was asked about his affiliations and his positions on the activities of the Communists in America – and were they plotting an overthrow of the government?

Put in context, the era of the Cold War as it was played out in America is probably one of the more baffling in our history – second only perhaps to the internment of American citizens of Japanese descent during World War 2. It was, for all intents and purposes, a knee-jerk reaction to fear of the unknown – fear of “the other” and distrust of someone who thought or acted a different way than the perceived norm. But the Post-War period in America was a time of a lot of blanket denunciations, questionable ideals and prejudices. We look on that period now with a degree of credulity – but in reality, it’s not all that much different than our current situation politically. The fear-based society has never really gone away – but it did go unnoticed for a while – unnoticed until the flames of insecurity and misunderstanding are fanned out of control – fed by media desire for controlled chaos and reality-TV principles.

Have a listen to Earl Browder from 1949 and see if you can hear similarities to what’s going on now. It is the perpetual spinning wheel of history we’re talking about here.

Here is Earl Browder, as interviewed on NBC’s Meet The Press for April 20, 1949