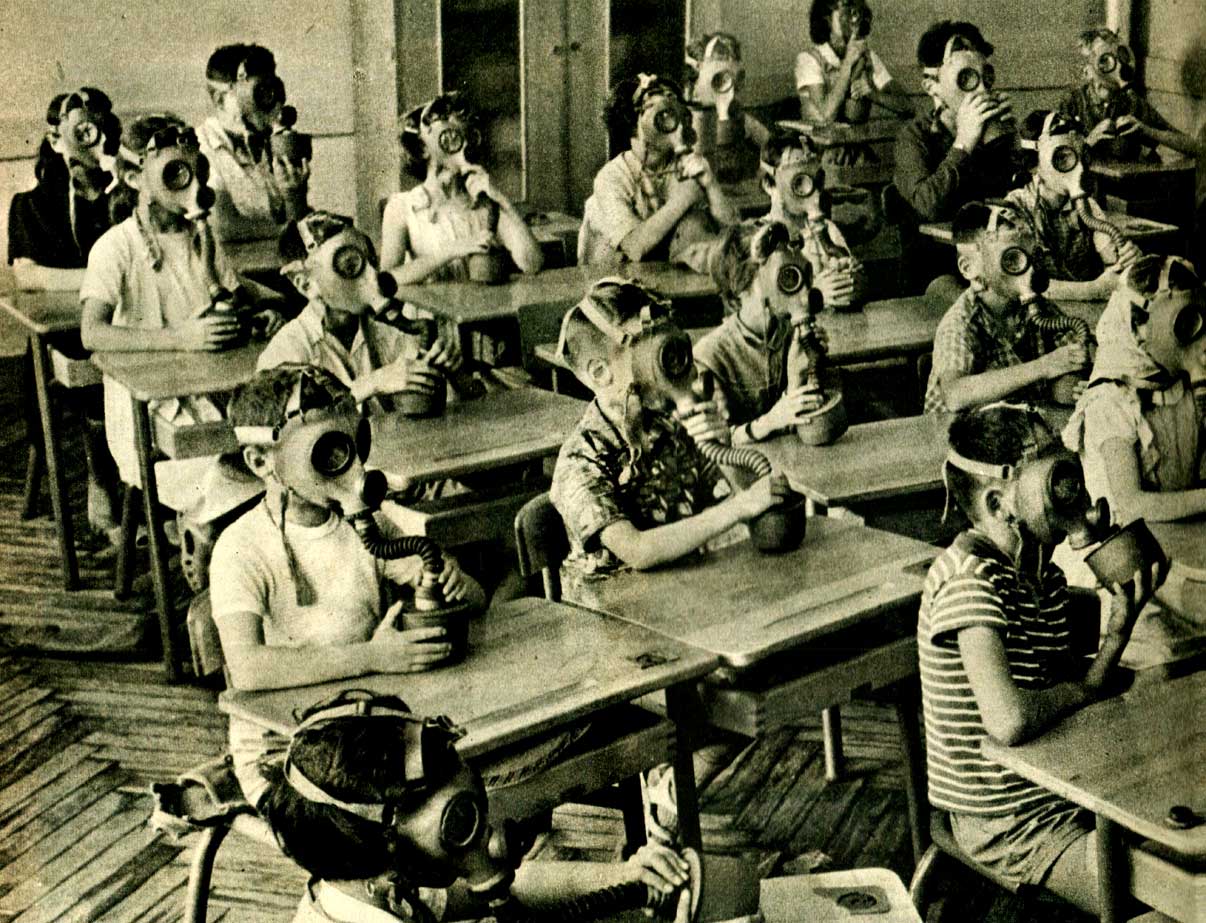 A 1950s classroom - we were in the middle of a Cold War - we were threatened with extinction - education was crucial - but we weren't thinking about it.

Who Should Pay For Higher Education? 1958 – Past Daily Weekend Reference Room

A 1950s classroom – we were in the middle of a Cold War – we were threatened with extinction – education was crucial – but we weren’t thinking about it.

It seems odd now, but the question of education and how it should be paid for has been an issue going on, in America at least, for well over 100 years.

Who is entitled to an education? Who deserves one? Is education for everyone? Or is it only for those who can afford it? Is education a human right, or is it an accessory?

All questions which have been with us for hundreds of years. There was a time, during the century before last, that only those of wealth and privilege were able to achieve a higher-than-basic level of education. Even during the last century, the majority of people didn’t get past high school – a college degree or any length of time was practically unheard of.

Even now, when the question of education comes up, we’re told that a College degree is essential for any sort of decent employment, but that tuition fees are so exorbitant and the question of crushing student loans make consideration of a higher education a wish and a dream, but not a reality – you realize there is a double message and a problem.

In 1958 the concern was with overcrowding – the small classroom was rapidly becoming a thing of the past, as children of the Post-War Baby Boom became school age, and the advances in technology made knowledge an imperative. Was there going to be enough room?

One of the areas touched on during this panel discussion from June of 1958 was the level of Private funding of colleges which were, by this time woefully low on funding. Business was being called on to support schools, but the concern was over an implication of some business influence that may not have been desirable in the long run. Despite views to the contrary that Business did not exude influence over a school’s curriculum, there was an opinion that Business was good for Higher learning and that it would be mutually beneficial in the long run.

Enrollment was found to have been up by some 50% during the time of this broadcast (1958), and what was also found was that colleges and universities were going through what was called at the time “the explosion of knowledge”; subjects and curriculum which weren’t even heard of, let along considered, at the beginning of the 20th century.

But education, certainly higher education, and the access to it, has changed dramatically since this broadcast was first aired, almost 60 years ago.

We are now going through the anti-education period – the Dumbing Down of America, the lack of importance of an education to only those who can afford it. All potent questions, but questions which were hardly tackled (or needed to be) in 1958.