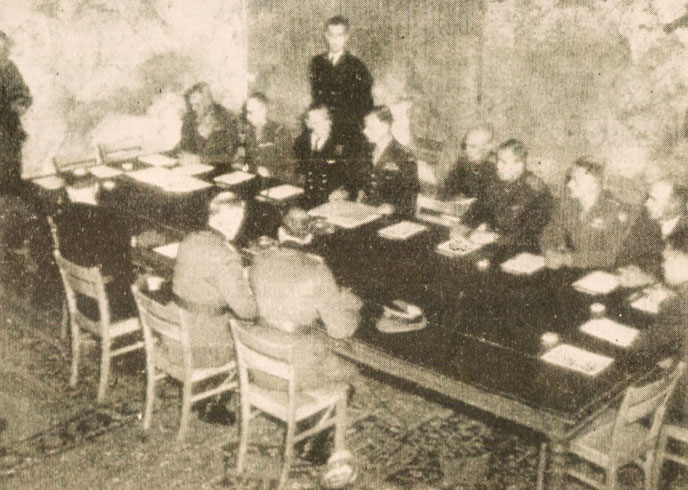 Although today is officially regarded as V-E day, on this day in 1945 it was surrounded by confusion. Yes, the official signing of the unconditional surrender took place at 2:00 am on May 7th, a Press blackout had been imposed. But it was a reporter for the Associated Press, Ed Kennedy, who broke the promise and alerted his superiors in New York that the biggest story so far that year had just taken place. Kennedy was later thrown out of Europe, fired from his job at Associated Press and vilified by the Press industry in general, Still, he got the big scoop.

And even after the story broke, the Allied High Command denied that any such event had happened. Well, not exactly denying, but saying that no “official word” had been released to the world of what had taken place in Rheims in the early morning hours. No word was forthcoming from Washington, or from London that it was, in fact VE Day.

So the breathless announcements that the war in Europe was over, now had to be backtracked somewhat. And much of the day was spent waiting for what everyone in the Press had already known, but who were sworn not to announce until the word became official.

So today is VE Day. But in 1945 it wasn’t exactly. And if you were glued to your radio, waiting for word to make it official, it was a nail-biter.

And this is what everyone who tuned into NBC on that May 7th in 1945 heard.