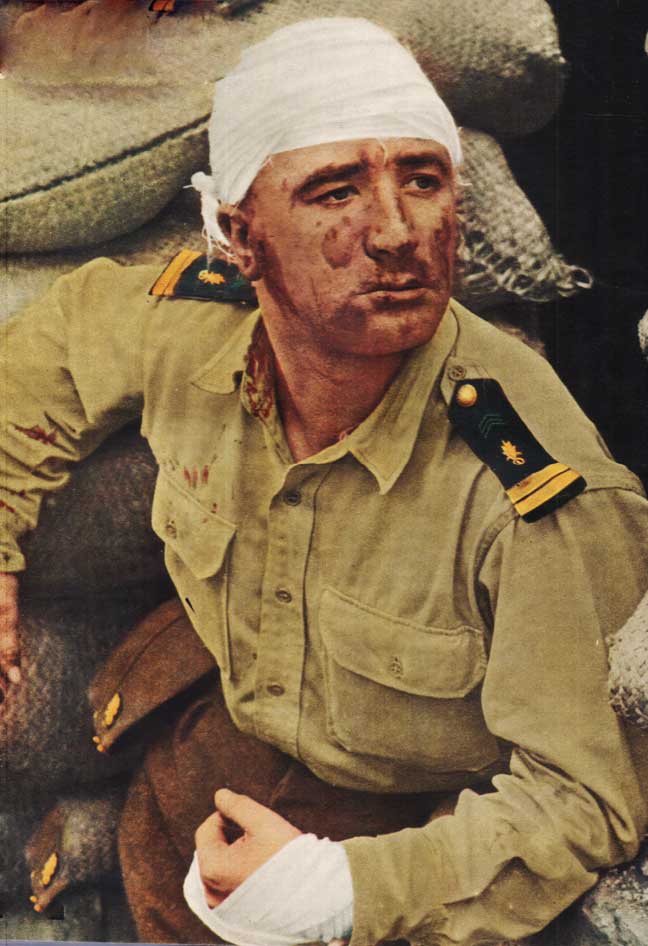 Shock, dismay and a sense the sun was setting on Colonial rule.

Dien Bien Phu- Shock, dismay and a sense the sun was setting on Colonial rule.

Since most mainstream media will be focusing on the end of the War in Europe in 1945, May 7th also marks another anniversary; one that had far-reaching consequences during the years and decades directly following it. The fall of the French Army garrison at Dien Bien Phu. A battle which marked the end of French rule in Indo-China and triggered an increased presence of the U.S. in the region.

Largely supplied by U.S. military equipment, the French sought to regain their influence in the region, after losing it during World War 2. For a time Indo-China was occupied by Japan, and when the Japanese were defeated, France went back to assume control. However, the Vietnamese people weren’t happy with the idea of returning to yet another occupier, and the movement was on to declare independence. Since the end of the war, the movement for the right of self-determination had taken hold in many former colonies, and the writing was on the wall that Colonialism was rapidly becoming a thing of the past.

But there was the Red Scare to consider. Fears of Communist domination (yet another version of colonialism) and the newly-minted phrase “Domino Theory” – the one-by-one collapse of nations into the fold of Communism sent alarm signals throughout Washington. The people who were vehement supporters of the likes of Joe McCarthy were rallying around the idea that Communism needed to be stopped, even if this meant meddling in the affairs of countries who had no desire to be swayed one way or the other.

Everyone forgets that Vietnam was the object of occupation and outside rule for a couple of thousand years. The taste of independence brought on by liberation from the Japanese was the first breath of self-determination they received in a very long time. The irony in all this was the desire of Independence leader Ho Chi Minh to adopt a U.S. style constitution and to actively pursue a modified Western-Style democracy. But sadly, we were too entangled in the promises made in support to others to pay much attention to fledgling democracies at the time. And Ho was left to pursue help elsewhere.

In this discussion, part of the See It Now series, hosted by the venerable Edward R. Murrow on May 11th, 1954, the question is posed to several representatives; one from the U.S., one from Great Britain and one from France, to get some handle on just what the defeat at Dien Bien Phu really meant.

The answers and viewpoints probably meant very little at the time, other than the creeping feeling we were going to get involved in there somewhere. Just how deeply we were going to be involved wouldn’t really be seen until ten years later when the purported “Gulf of Tonkin” episode unfolded.

But that was a ways off.

Here is that discussion from May 11th 1954 from the See It Now Program with Edward R. Murrow.