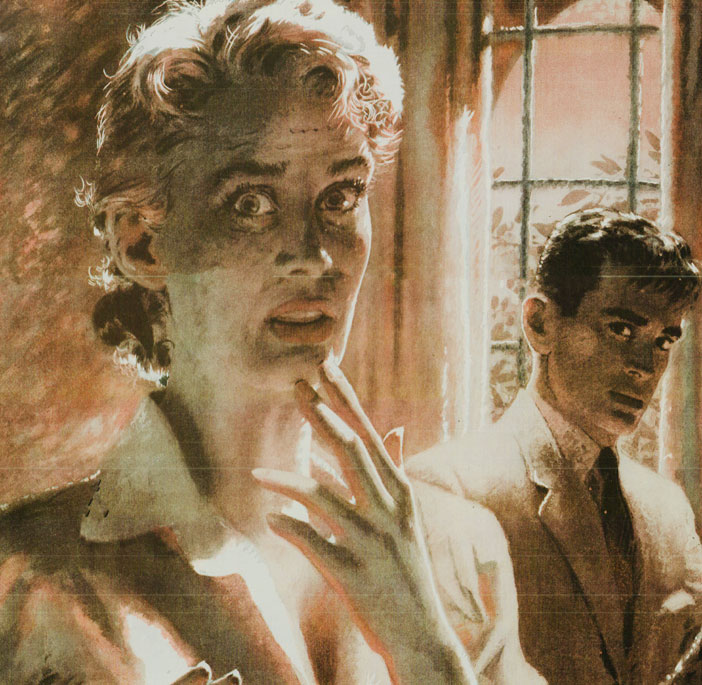 Fear, it would see, is as American as Apple Pie.

Fear, it would seem, is as American as Apple Pie.

Click on the link here for Audio Player: American Forum of the Air -July 5, 1955 – Is American Freedom In Danger? Gordon Skene Sound Collection

In light of the events the past several years, and the recent disclosures on mass Domestic spying, it would be natural to think this is some new, sinister route our country is taking in the name of “protecting our citizens”. The methods and the technology have changed dramatically over the years, and the events of September 11,2001 have, if anything increased the levels of fear gripping the country. But truths to tell, we have always lived under a certain amount of fear and paranoia of those foreign bodies intent on taking us over.

Going back to the years just after World War 1 we were paralyzed with fear of a Bolshevik take over, similar to the one going on in Russia at the time. That fear triggered a wave of domestic spying on the parts of the FBI and other domestic government agencies drawn up to deal with the issue. Over the years it was extended to “enemy aliens” during World War 2. And with the Cold War after World War 2, spying on our whereabouts increased, as the technology in order to obtain as much information on ordinary citizens as possible.

In the 1950s, with the Cold War at its peak, we became increasingly aware the government were taking liberties with our rights as American citizens. Phone tapping, bugging, dossiers -a whole host of methods in order to find out who was doing what and where.

With the change of climate in 2001, and with the vestiges of the Cold War reasonably behind us, the new threat came in the form of terrorists – those people you couldn’t exactly put your finger on, who were not as visible as others. And rather than try and subvert our government by way of infiltrating it, or staging acts of military espionage, the threat has become personal and unpredictable. Regular people doing regular things, caught in the midst of an act where indiscriminate death appears to be the method of operation. And so as a reaction, the methods of spying have change accordingly. As the technology has changed, people have become more visible and more transparent than they once were.

In the 1950s we had no internet – we still had Party Line telephones. There were no satellites, no drones. We are all, more or less, open books. By making our lives easier, we have run the risk of making it much worse, and old rules no longer apply.

But in 1955 we were still reasonably insulted, even though at the time we were convinced we weren’t.

So on this day, as part of the growing concern on the parts of the public that our freedom and our rights were being eroded, yet again, NBC Radio ran, as part of their Weekend Programming service Monitor, a weekly program called American Forum Of The Air. This episode, from July 3rd featured a number of Senators, including Senator Hubert Humphrey and the subject was”Is American Freedom in Danger”. Also included is news of the day, including a report on Senator Lyndon Johnson‘s heart attack.