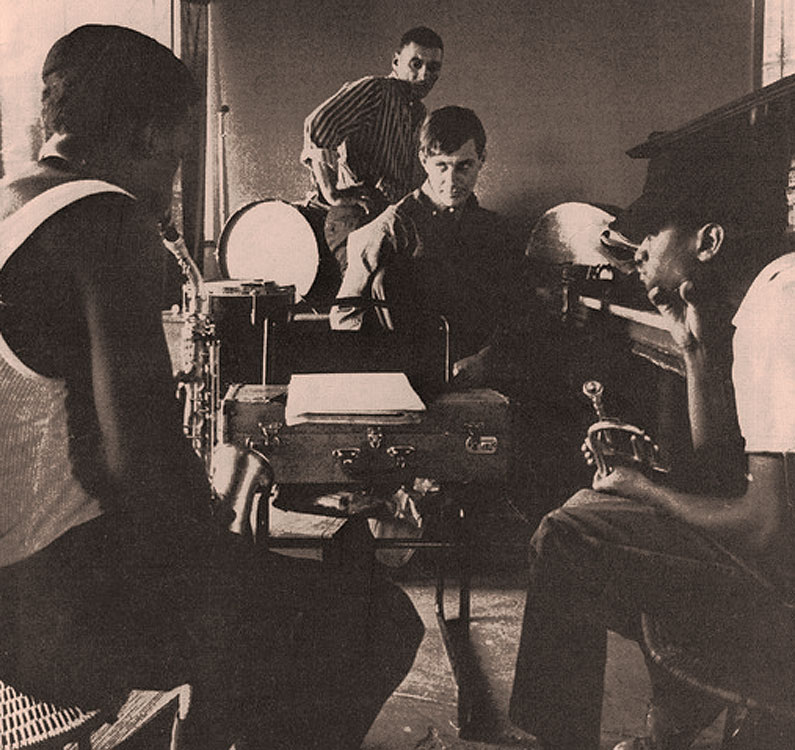 Soon to be exiled.

Soon to be exiled.

First off, much gratitude to the people at Electric Jive, the blog that originally posted this concert. It’s a very rare club gig by South African Jazz group The Blue Notes, later to become morphed into Chris McGregor’s Brotherhood Of Breath. One of the few mixed race groups in South Africa at the time, The Blue Notes reputation consisted almost solely of underground dates, since it was impossible for them to perform together under the Apartheid laws.

This date, recorded in June of 1964, comes just before their escape and exile to Switzerland with eventual relocation to London a year later. The fact that this recording exists at all is something of a miracle – made doubly miraculous by how well it sounds.

Here is what’s on the player:

The band represents a gathering of some of the most talented and influential musicians established in Africa in the early 1960s. They went on to record several albums and further cemented their reputations as some of the best representatives of African Jazz . Sadly, most of them have since passed. But the legacy has only grown with time and has proven that, even under the inexcusable conditions of Apartheid, music is free and knows no boundaries.