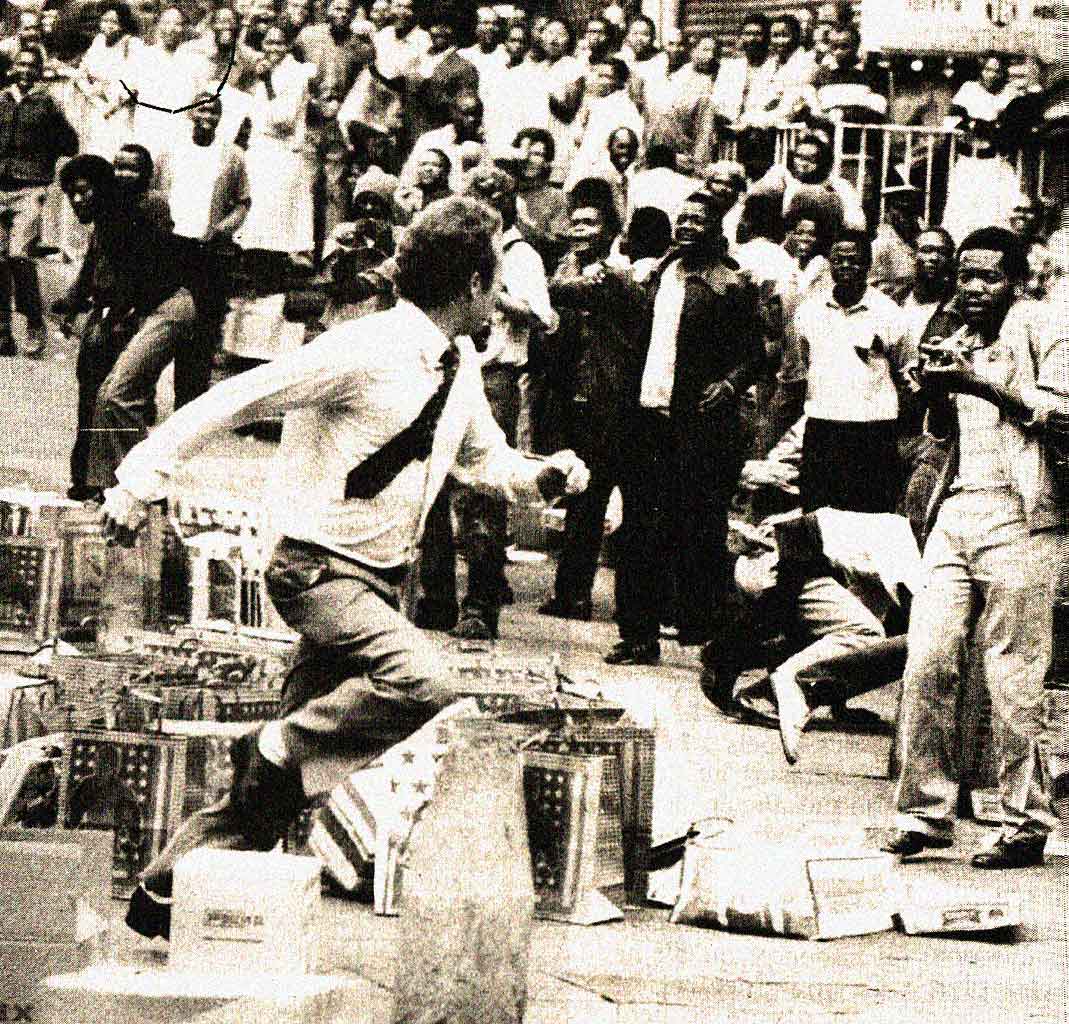 The view from Jo'Burg: Things were starting to unravel.

The view from Jo’Burg: Things were starting to unravel.

Beginning with news there was concern over the fate of six kidnapped and missing Americans in Lebanon, along with new hope things would work out. An anonymous phone caller to the Embassy in Beirut said time was running out unless demands were met – the caller went on to say some of the hostages would appear at a news conference. But since the call, no updates and everything hung in limbo.

Not so much limbo in South Africa, where riots were going on for a week in Cape Province. South African President P.W. Botha was scheduled to deliver an address on the rioting, which was spreading throughout South Africa. The violence also provided evidence of the deepening political rift between blacks. Over the previous two years, the United Democratic Front, one of the most prominent legal anti-government groups, had increasingly challenged the position of Zulu Chief Gatsha Buthelezi in the Natal Province. The view from Jo’Burg was not optimistic.

On Capitol Hill – the U.S. was slated to learn more on this day what the Soviet Union was planning on the subject of Nuclear Disarmament – by all accounts, these negotiations were something akin to tit-for-tat and everything, including how a T and I were dotted appeared up for scrutiny.

France, and the world of Cinema were mourning the loss of one its most iconic figures – the legendary Simone Signoret, whose career spanned some 40 feature films, died on this day at age 64. She was one of the first French film stars to achieve worldwide prominence, having won the Best Actress Oscar in 1960 for Room At The Top.

Simone Signoret w/Laurence Harvey in Room At The Top – two icons in a Tour de Force.

And that’s a small slice of what went on, this September 30th in 1985, as reported by The CBS World News Roundup.