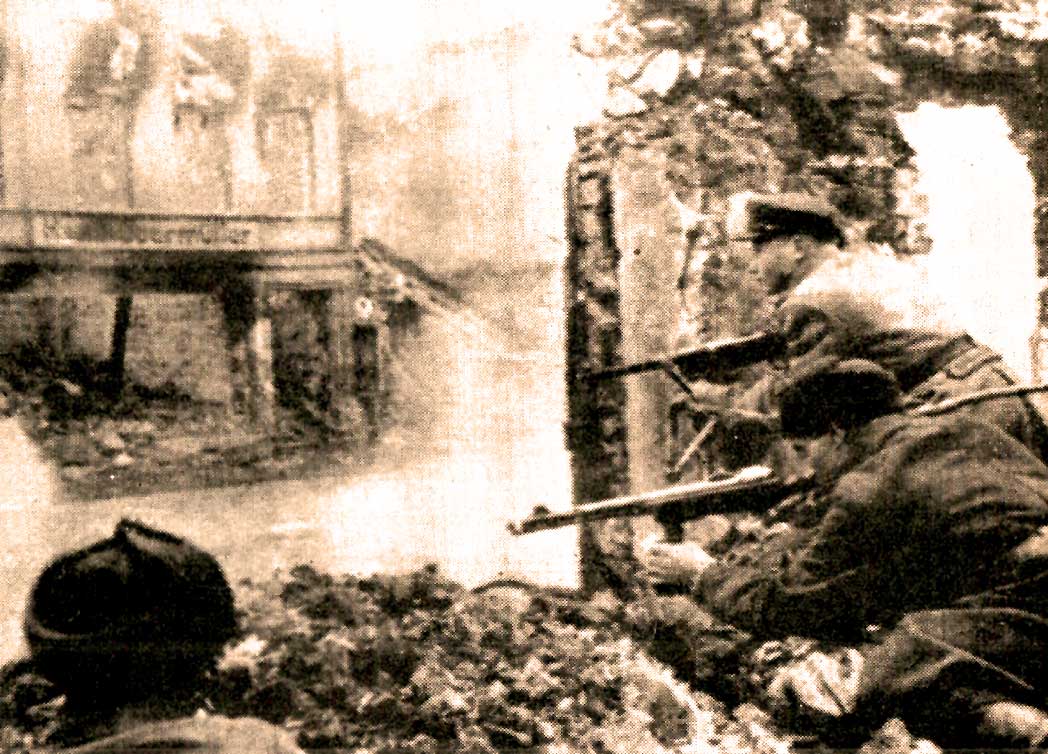 Germany was effectively cut in half.

Germany was effectively cut in half.

On this day in 1945, America was still coming to grips with the loss of President Roosevelt. But there was still a war going on, and events were unfolding quickly.

At airtime, the German Air Force was reported to be no longer functioning, as news came of some 633 German aircraft were destroyed in a single day, making the total some 2,000 planes destroyed in a 10 day period. Air Force General Spaatz declared the Air War in Europe had been won. Reports also came in that the U.S. Army had crossed the Elbe River and was some 45 miles from Berlin. Gen. Patton’s 3rd Army had crossed Czech border and late reports from Paris said Germany had effectively been split in half. Eastern of the Elbe – Russian armies were now 23 miles from the German capital, according to German radio. Hitler issued a special order of the day to “stand to the death” against the Russian forces, which were estimated to be as high as 2 million. The German high command reported the long-expected Russian offensive had begun at dawn, with Red Army troops advancing along a 120 mile front. Even though Moscow remained tight-lipped, Russian correspondents admitted the offensive was on.

In the Pacific, American bombers continued their round-the-clock raids on Tokyo, bringing almost total destruction to its industrial center.

Back home – President Truman made his first address to the American people, assuring everyone the war would be waged with the same determination as before and there would be no terms other than unconditional surrender for the enemy. Truman went on to pledge to carry out the war and peace ideals of FDR without change.

And that’s a small slice of what went on, this busy and hectic April 16th in 1945 as presented by NBC’s News Of The World and Morning Roundup.