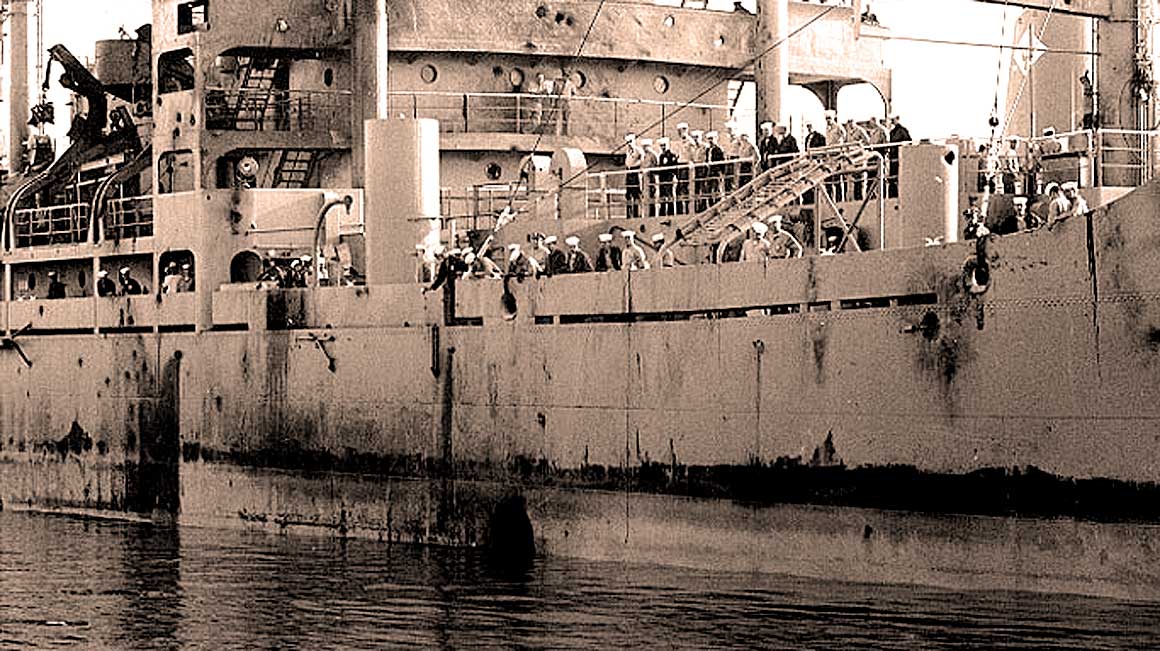 June 8, 1967 – The crisis in the Middle East, and the Six Day War was heading into Day 4 – a ceasefire on the ground was holding. But there was an incident which could have tossed the whole crisis into chaos.

The diplomatic crisis erupted when Israeli Air Force jets attacked an American Technical Naval Ship of the Israeli coast near Gaza. The USS Liberty was strafed and torpedoed by Israeli jets, killing some 34 crewmen, injuring some 171 others and severely damaging the ship.

Israel later apologized, saying it had mistaken the U.S. ship for an Egyptian one. The Liberty was in International waters, some 15 miles north of the Sinai Peninsula, but Israel was pledged to protecting the coastline from potential attacks from Egyptian ships and submarines in the area. Despite several attempts at alerting the Liberty, reports that communications were inadequate and that Israeli pilots mistook the Liberty for an Egyptian ship and made strafing runs.

The incident sparked calls for counter-measures and it was feared the U.S. would get itself involved in the shooting aspect of the Israeli-Egyptian war. But it wasn’t the first such incident to take place over the previous four days.

Reports of several other incidents that Israelis had attacked United Nations peacekeeping troops were being taken up in emergency session at the UN Security Council.

Appeals for calm were coming from all parties involved, and there were several Red-Telephone conversations between Washington and Moscow over the various incidents, all threatening to escalate the Six Day War into a longer and more involved one.

Despite Israel’s apology, there were some who saw the incident as an opportunity to escalate the war and there were accusations the Israeli Air Force was aware of the presence of the American ship and fired on it anyway with the hopes of sparking a deeper conflict.

But cooler heads prevailed and an investigation was immediately called for. Israel issued an apology and later provided compensation to the wounded and families of the dead.

But June 8, 1967 was a day things were threatening to spin out of control very quickly and news outlets in the U.S. were issuing regular updates on the crisis as it was unfolding – this one came via NBC Radio. The Six Day War as it was unfolding.