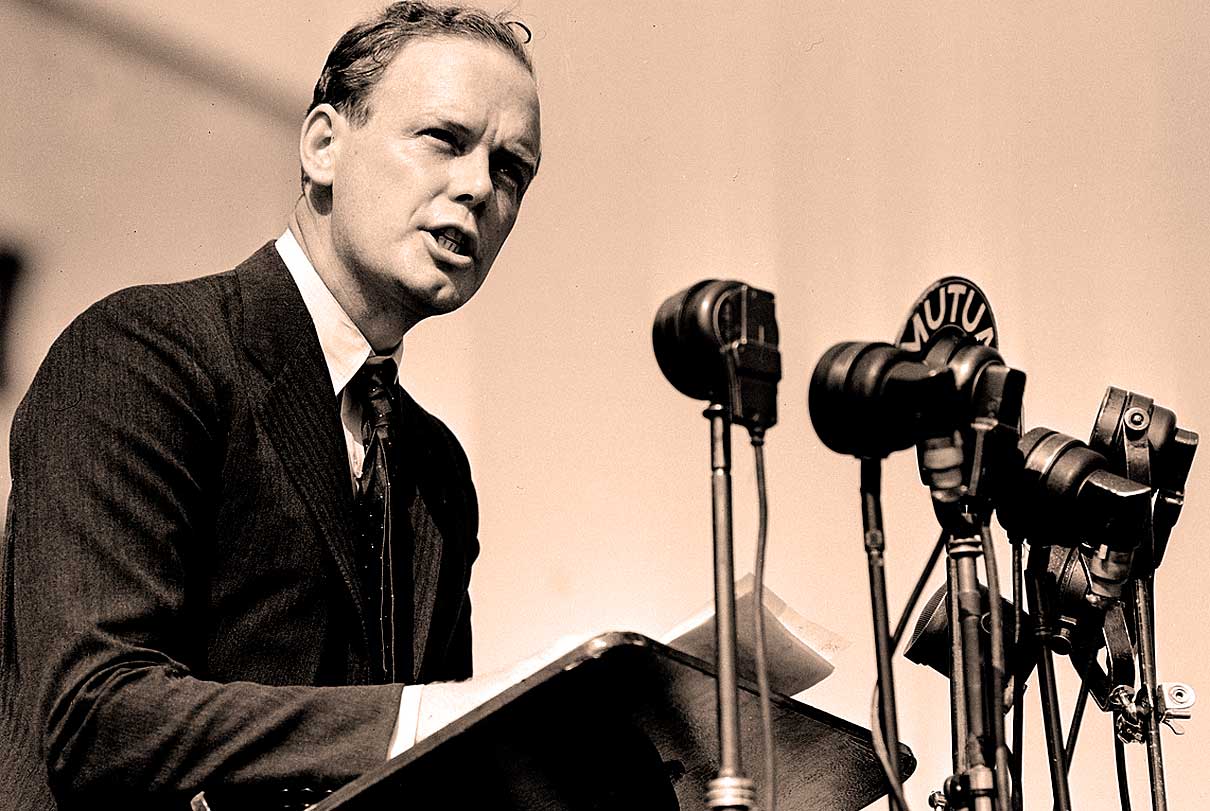 Legendary aviator Charles Lindbergh who, in 1927 became the first to successfully pilot an airplane from Long Island New York to Paris, won hero status throughout the world and changed the nature of aviation forever. In 1939 he got seriously involved in the neutrality movement. America First was a non-interventionist group who didn’t believe America should get involved in another War in Europe.

Having experienced that after affects of World War 1, many felt that America had no business getting involved in yet another War that really had very little to do with them, over issues which didn’t really pertain to them.

At their peak, America First had some 800,000 members spread out over 450 chapters in the U.S. – among the celebrities in their ranks were novelist Sinclair Lewis, poet e.e. Cummings, Hollywood notables Walt Disney and Lillian Gish – future political figures John F. Kennedy, Gore Vidal, Gerald Ford and Sargent Shriver. It represented a cross-section of people who were adamant about not getting the U.S. involved in another shooting war.

The core beliefs were a decided non-intervention over the war in Europe. But among its ranks were felt to be a number of pro-German sympathizers who saw the Neutrality movement as a way of ensuring a Nazi Victory in Europe before too long. Charles Lindbergh was accused of harboring those Nazi sympathies, and during one of his more inflammatory addresses, accused the British Petroleum interests and the Jewish banking interests of trying to force the U.S. into a more involved shooting war. At one point, Lindbergh did pay a visit to Hitler early on and came back with a favorable impression of the Nazi way of government. but his alleged anti-semitism did much to stain his otherwise heroic stature in American culture from that point on.

America First promptly disbanded on December 10, 1941 – three days after the Japanese attack on Pearl Harbor. Despite all good intentions and conspiracy theories to the contrary, we were dragged into a war and we couldn’t get out of it.

Here is Charles Lindbergh’s address to an America First Rally in San Francisco on June 7, 1941. The sound is a bit creaky for the first few minutes, but clears up greatly after a bit. History as it unfolded.