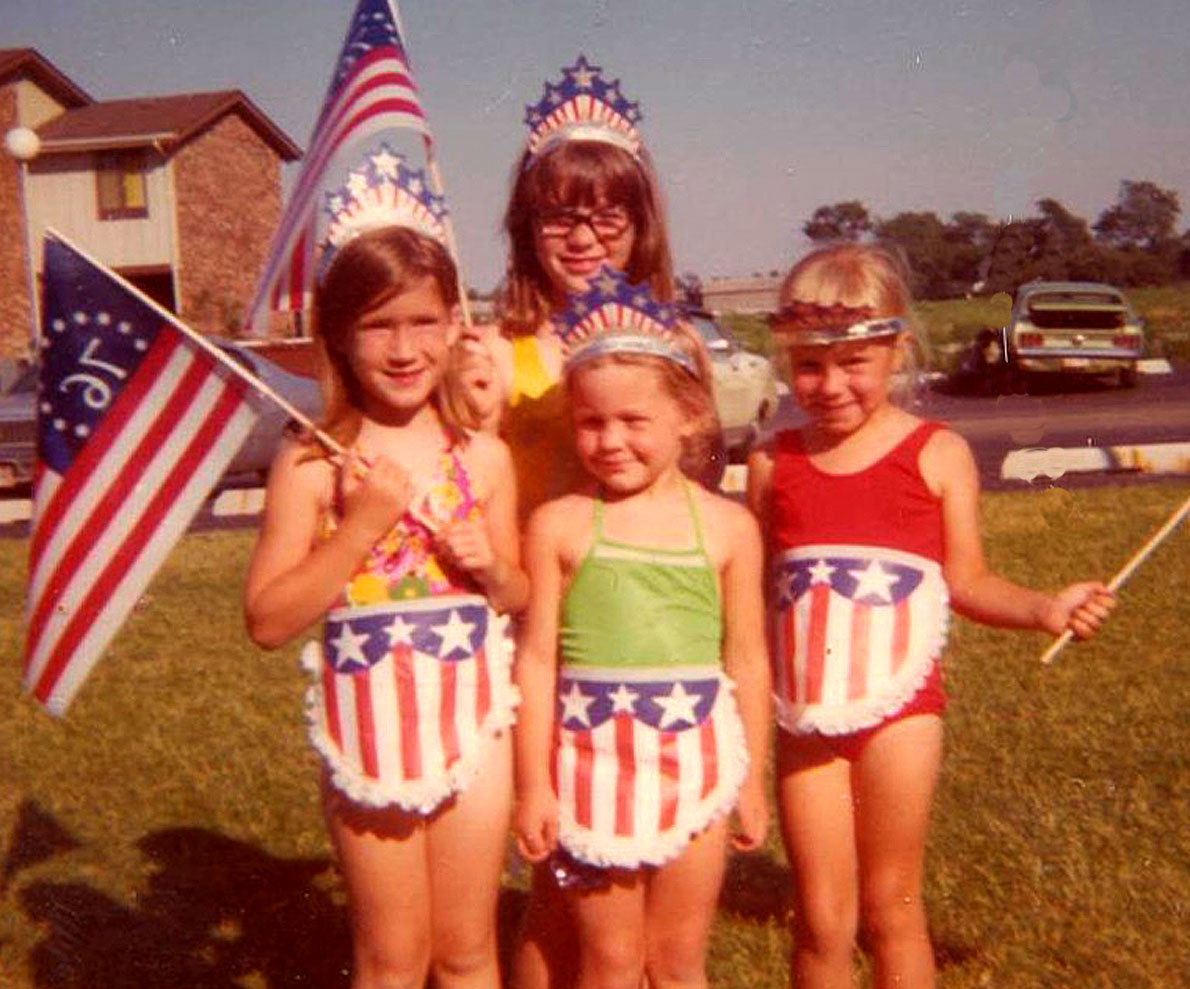 Bicentennial 1976 - and if you were around at the time red, white and blue were your mandatory colors.

Bicentennial July 4, 1976 – and if you were around at the time red, white and blue were your mandatory colors.

Hard to imagine it was 40 years ago today that America celebrated its Bicentennial. July 4, 1976 was a nationwide, non-stop party – and no matter who you were or where you were, you were wearing or waving something with Stars and Stripes and celebrating like there was no tomorrow.

40 years ago today – dignitaries from all over the world were paying their respects. We even had a visit from Queen Elizabeth, representing the country all the fuss was about some 200 years earlier.

Technology was somewhere on the horizon – conservation was being talked about and we had Earth Day to prove it. We were still in shock over the fallout from Watergate and we were just getting our bearings together after the ten year odyssey of Vietnam.

Still, there was a lot to celebrate – we made it this far and America didn’t fall apart, didn’t become overrun with Communists and didn’t lapse into a drug-addled haze. We were a resilient bunch who had grown from some 2 1/2 million in 1776 to almost 220 million by 1976 – compared to some 324 million today.

And so all over the country – from coast-to-coast (and Hawaii), celebrations started at the crack of dawn and carried on well into the night – fireworks were everywhere – from massive displays in New York City, Philadelphia and Washington D.C. to homegrown affairs in bedroom communities and neighborhood block parties – everybody was setting off something and roaring at the tops of their collective lungs.

So, as a reminder – here is a small (9 minute) sampling of how that day went, via CBS Radio as part of a look back on the year 1976. If you were a kid at the time; say 10 (around the age of the kids in the picture) – consider the fact you are now 56. You and your world have changed – like the rest of the country, you continued to grow up, and maybe it hasn’t always been good and there are times it has been scary beyond belief. But you have to admit, it will always be an adventure.