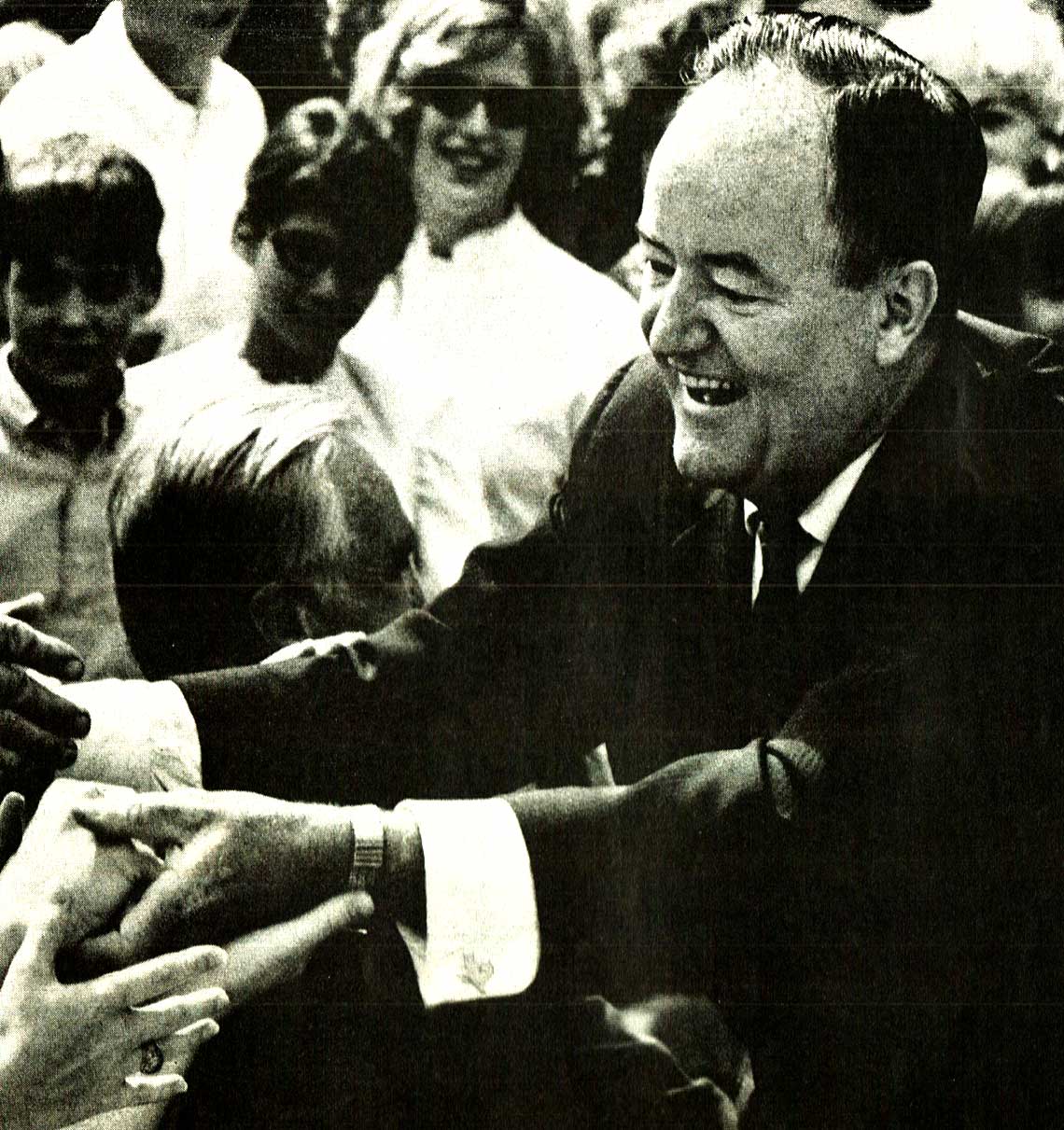 October 4, 1964 – A Sunday; and by all accounts, a reasonably quiet day. Hurricane Hilda had been reduced to a tropical storm, dissipating after reaching land, but not without causing damage throughout the South and leaving a trail of some 30 dead, scores of injured and millions of dollars in damage. Most of the fatalities were caused by tornadoes which spun off from the hurricane.

Not so quiet in Belfast, Northern Ireland as violence erupted on the eve of elections. Some 10,000 demonstrators marched through the streets of Belfast, behind a banned Republican flag. And defying a police order, held a rally in the city’s center.

Back in the U.S. – a day of rest for President Johnson, GOP candidate Barry Goldwater and vice-Presidential candidate William Miller. While Democratic vice-President Hubert Humphrey touched down on the West coast for a series of campaign appearances and much pressing of flesh. The subject of extremism within the Republican Party became the fodder of discussion for the Sunday morning talk shows on this day. On ABC’s Issues and Answers, Atlanta Constitution reporter Ralph McGill told the interview panel that the dangers of the Right Wing within the Republican party ranged from vicious extremism, now on display in places like Mississippi; where they had been recent bombings, murders including two near-murders the night before, as well as the dynamiting of Churches and homes of civil rights leaders, all the way to distortions of fact in smear campaigns aimed at political opponents.

And negotiations in the 10-day old Auto workers strike at General Motors were set to resume. UAW President Walter Reuther declined to speculate on when the strike might end. Reuther told the press the UAW were doing all they could to keep the talks moving.