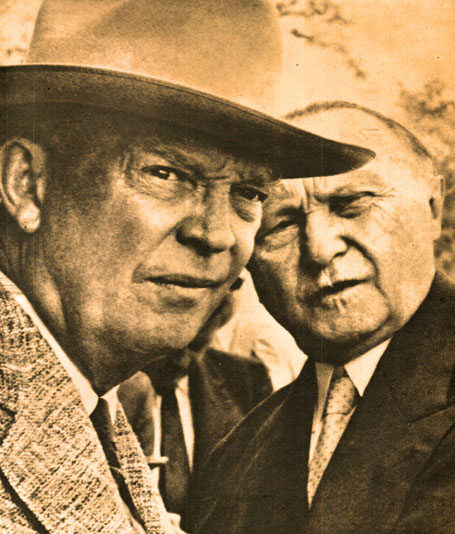 This day in 1957 we were, not only in the midst of a Cold War with the Soviet Union, we were anxiously looking at the coming elections in West Germany to see where this lynchpin in the East-West powerplay would go.

West German Chancellor Konrad Adenauer paid a state visit to Washington, engaging in talks with President Eisenhower and giving an assessment on the coming elections.

Increasingly, the goings on in Germany, particularly with reference to East and West Berlin, and the city’s divided status, were of importance to the NATO and the recently aligned (1955) Warsaw Pact countries. Because, if West Germany sneezed, Brussels caught a Cold.

And giving a commentary of the days concerns was noted News Analyst Cedric Foster over the somewhat-alarmist Mutual Broadcasting System on May 29, 1957.