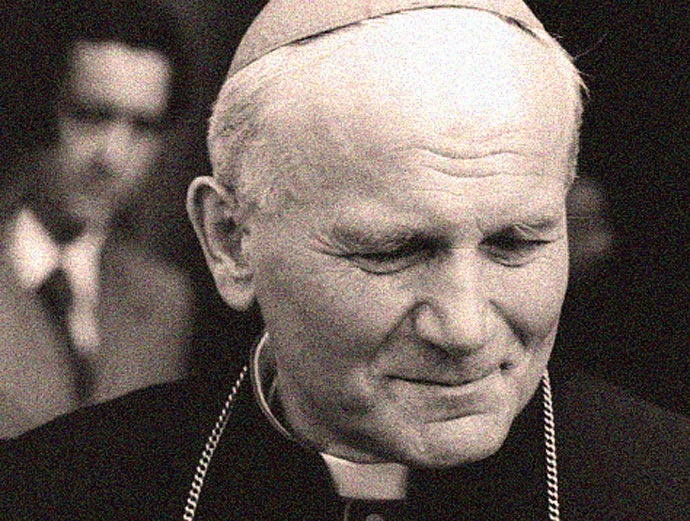 The solutions were simple - it was the problem that was complex.

A Word From John Paul II From The United Nations About A World Gone Askew – October 5, 1995

The solution was simple – it was the problem that was complex.

Billed as the last address he would give at a gathering of the United Nations General Assembly, Pope John Paul II delivered an impassioned plea for peace in a world rapidly spiraling out of control . . . . or continuing to spiral out of control, on October 5, 1995.

With news that a tenuous peace had been struck in the powder keg of the Balkans only moments before the Pope was to give the address, his speech made that plea all the more urgent.

Pope John Paul II: “We need to clarify the essential difference between an unhealthy form of nationalism, which teaches contempt for other nations or cultures, and patriotism, which is a proper love of one’s country. True patriotism never seeks to advance the well-being of one’s own nation at the expense of others. For in the end, this would harm one’s own nation as well: doing wrong damages both aggressor and victim. Nationalism, in its most radical forms, is thus the antithesis of true patriotism, and today we must ensure that extreme nationalism does not continue to give rise to new forms of the aberrations of totalitarianism.”

Although both the message and the messenger were, and continue to be, subject to ironies, the spirit of peace and the necessity to work things out, rather than engage in continuous war was more crucial in those closing years of the 20th century than ever before. That we were slowly slipping into a world of factions, ideologies and terrorism would become abundantly clear in the coming years.

That this address by the Pope had more ominous overtones for the future than we could have imagined at the time is still being scrutinized. That we are becoming the thing we have feared the most is yet to be fully played out.

Here is that address (in progress) from Pope John Paul II to the United Nations General Assembly, on October 5, 1995.