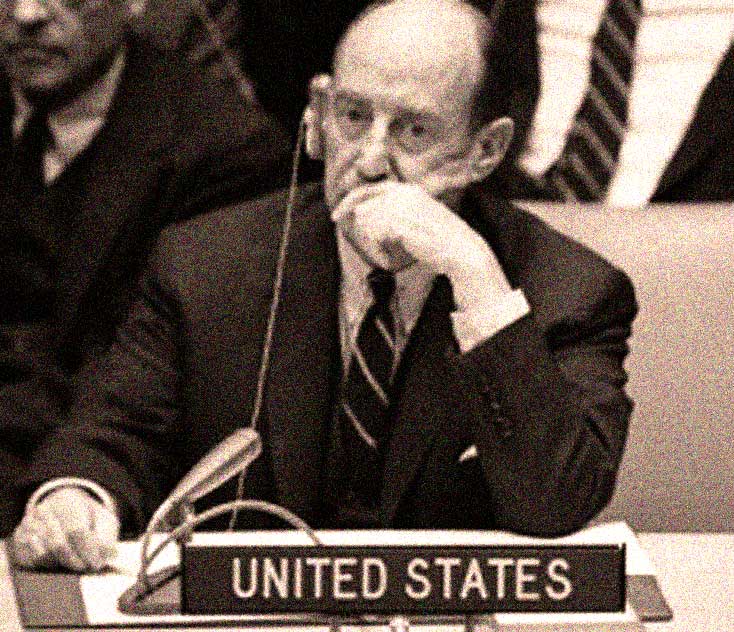 Going for the throat.

Going for the throat.

As the pitch increased and the nerves got shorter, this October 24th in 1962 reached just below boiling point at the United Nations. Exasperated and looking for some conclusive admission of Soviet Missiles on Cuban soil, U.S. Ambassador Adlai Stevenson directly confronted Soviet Ambassador Zorin over whether or not missiles actually existed in Cuba.

In what has been characterized as one of the most dramatic confrontations in the UN, and certainly one of the pivotal points in the Cuban Missile Crisis, Adlai Stevenson is adamant and tells a baffled and somewhat nervous Zorin he will wait “until Hell freezes over” for an answer.

So on this day, as all eyes and ears were glued to screens and speakers, NBC Radio presented a re-cap of the days activities in the Special broadcast, aired as it happened on October 24, 1962.